Arousal and Fear Are Different 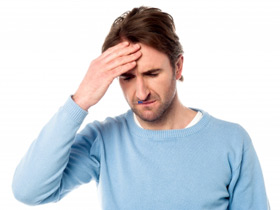 One of the most troublesome problems when treating fear of flying is the automatic interpretation that arousal, caused when stress hormones are released, means there is danger.  Arousal is an automatic response. Fear is an interpretation of that response.

Stress hormones are released whenever the amygdala senses anything non-routine or unexpected. One of the most troublesome problems when treating fear of flying is the automatic interpretation that arousal, caused when stress hormones are released, means there is danger. This interpretation is so automatic that the anxious flier is not aware of making an interpretation. We sometimes say “seeing is believing.” In this case, “feeling is believing.”

Though arousal and fear are obviously not the same, some psychologists still refer to arousal as the “fear response.” This is incorrect. Fear is but one interpretation of what arousal may signify. Another interpretation of arousal could be excitement at winning the lottery. Or arousal may be a false alarm. Problems develop when executive function abdicates its role and allows interpretations to be done automatically.

The anxious flier needs to become aware than an interpretation is being made and to learn to not make the usual interpretation habitually. It is important to understand that when there is a shot of stress hormones, the urge to run is, as my cousin used to say when he over-trumped playing bridge, “That (the other player’s trump card) isn’t worth a fart in a wind storm!” Shakespeare’s more eloquent “sound and fury, signifying nothing” also fits.

When a smoke alarm goes off, we don’t just run. Why? Because experience has taught us that a smoke alarm can go off because it is defective or because the toaster is burning toast. Though the alarm could mean the house is on fire, we don’t just run. We assess the situation. We look around. If we see smoke coming from the toaster, we figure, “Oh, that’s what it is.” We drop the matter. If we have a sophisticated smoke alarm, we hit the reset button to stop the noise. If we have a basic smoke alarm, we might take the battery out temporarily. Look how appropriately we respond to the smoke alarm. We run only if we, after having assessed the situation, find the house is on fire. Otherwise, we don’t.

We can’t go back and remember what happened when we were two. We can’t remember being put in a room and left to “cry it out.” We can’t remember no one responding to our extremely high level of arousal. We can’t remember that we finally gave up and went into a deep primitive state of shutdown that researcher Allan Shore calls “a state of dissociated terror.”

We can also keep it in mind that arousal is arousal.