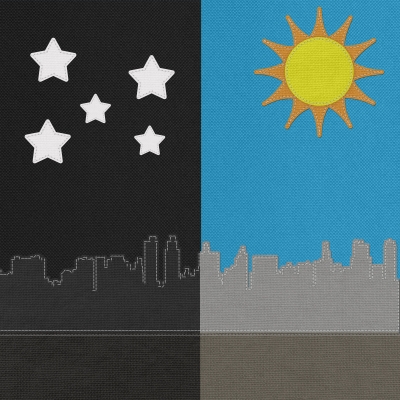 When we were children, we learned – as children first do – to think in simplistic ways. We learned to think in absolute terms, such as good and bad, right and wrong, day and night.

The same is true of safe and dangerous.

If we study the world, we find that things that happen fit on a “bell curve”.

If we study safety, we find that things go wrong once in a hundred, a thousand, a million, or a hundred million

If we stick with baseball for a moment, the average baseball player has a batting average of about .260

Babe Ruth had a major league batting average of .352.

Roger Hornsby had the highest batting average in recent major league history with and average of .358

The lowest batting averages of player who remain in the majors is around 200.

In other words, the old childhood thinking in terms of absolutes has to give way to thinking which places what happens into a statistical position. Even event sits at a certain position on a bell curve. Things are not absolute. Things are relative. The old way of thinking gives way to the new.

Or, we may give up the old way when discussing baseball, but hang on to old primitive thinking when it comes to flying.

If it is baseball, and your team loses the league championship, there is always next year. So we can afford to think about baseball in sophisticated terms.

But when it comes to flying, if your plane crashes, well, there is not always next year.

Losing the pennant may be acceptable, but losing ones life isn’t acceptable.

When we start looking for absolute safety, we – if we employ mature thinking – we realize there isn’t any absolute safety. But this realization, the realization that there is no absolute safety is not acceptable. We begin to think, “How can I do something that is not absolutely safe?”

We forget that we do things every day, day in and day out, that are not absolutely safe.

So how is it possible that we do things that are not absolutely safe – on the ground – all the time, and yet have such trouble with doing something that is safer in the air?

It has to do with feelings. When dealing with things that are not absolutely safe, we feel better about doing them if: a. we are in control, and b. we are …..xxxx

But wait, we have slipped back into absolutes, again. Control . . . the idea of being in control. There IS no such thing as being absolutely in control. So what is going on here?

Without examining our thinking, we have gained a feeling of security by slipping back into childhood ways of thinking which give us comfort. We have slipped into illusion . . . the illusion of being in control, of having absolute – enough – control to make sure (when on the ground) that we are safe.

Every breath you take is an experiment. It may work. It may not. OK. Yes. It always has, but past performance is no guarantee of future performance. Every moment in life is a step into the unknown. Yes, we can predict the future, but our prediction is based on past performance – not on absolute control.

So what am I trying to get across here. Well, I am trying to build into you some of what Thomas Wolf called in his book, “The Right Stuff” . . . the ability that fighter pilots, test pilots, and astronauts have to look at the risks realistically, and make a decision to do something or not.

If we are going to do mature thinking here, there is no room for illusions about safety. Illusion is for kids; reality is for grown-ups. In a grown-up’s world, things are relative – not absolute. Like everything else, safety is relative – not absolute. Everything you do and everything you don’t do, involves risk. If you exercise you may improve your cardio-vascular system but exercise involves some risk as well.

Fighter pilots, test pilots and astronauts sometimes say, “I took at ‘CR’.” What is a “CR”. CR means calculated risk. When a fighter pilot says that, they are saying they know what they did involved some risk, but they accepted that risk and did it anyway.

If you really look at it, life is just one risk after another. The question is not about avoiding all risk; you can’t. In my view, the question should be, “How good are you at calculating risk versus rewards in your day-to-day living?”

I believe the only mature way to approach this is to recognize that flying, like everything else, has some inherent risk. I believe that is what you should do INSTEAD of thinking that as long as you are on the ground, as long as you have the wheel in your hand, you are in control and safe.

That kind of thinking will sabotage you.

There is no place in life where you are absolutely in control. There is no place in life – on the ground or in the air – where you are absolutely safe. It is essential that you understand that when you leave the ground in an airliner, you have NOT moved from safe to unsafe. You have only moved from one situation of risk into a different situation of risk.

And, you need to further realize that the situation of risk in the air is LESS risky than your situation on the groud.

Now that’s about physical safety. Emotional safety is another thing, but to change how you feel when you fly, you need as a basis, to know that you are safer – hour for hour or mile for mile – in a modern airliner than you are doing your normal daily routine.

You are not safe. Life is full of risk. Either you calculate them, or you try to be unaware of them.

Life – as Helen Keller put it – is a great adventure, or it is nothing.

But wait. Maybe life for you is about feelings. About having good feelings and avoiding uncomfortable feelings.

If that is the case, my suggestion to you is, it is time to consider growing up. Freud pointed out many years ago that living based on the pleasure principle is for children. Adults need to live according to the reality principle. We need to recognize – not just what FEELS good – but what IS good for us.

Considering risk may not feel good. But risk is real. Risk can not be avoided. Yes, awareness of risk can be avoided. It can be avoided by living in illusion. But living according to the comfort of illusion limits your life and your ability to fly.