Group Support Or Real Change — Of Both 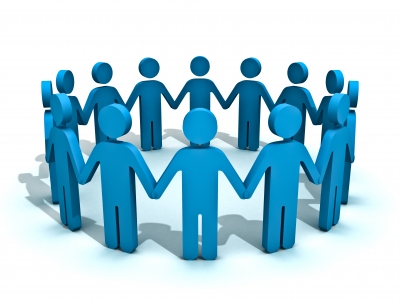 Getting into a fear of flying group may look like a good thing, but there is a reason why it looks good. We are genetically encoded to draw strength through empathic connection. It feels good when we find other people share the same feelings about flying. But it doesn’t produce change. Why? It doesn’t change the unconscious procedural memory that causes the problem.

To play championship golf, you need to “install” a correct and consistent golf swing into your unconscious procedural memory. It has to be so solidly installed that it works even under the stress of a golf match where fame and fortune are on the line.

To fly without the distress of high anxiety and threat of panic, you need to “install” a change in your unconscious procedural memory. And, it has to be — like golf — so solidly in place that it will work completely automatically through every phase of flight.

What we found out years ago when trying to use CBT (Cognitive Behavior Therapy) techniques was that — though some people could remember the technique when about to panic — many people simply didn’t even remember they had been taught any way to intervene and stop the panic.

That led us to the realization that to stop high anxiety and panic, it had to be stopped automatically. Whatever would stop the problem had to work even if the person didn’t have any conscious recall of it!!!

It took us ten years of experience with thousands of clients to even begin to be able to provide the automatic protection that is essential, and another ten years to perfect it.

For truly effective help, there really is no other place to get it, except for very mild problems with flying; if that is the case, the things that everyone was doing back in 1975 will help.

But if you have panic attacks, or trouble with elevators, or bridges, or tunnels, or claustrophobia, that won’t work, and all the group interaction in the world isn’t going to change it.

Instead of just sharing in a group where there is empathic connection, we “install” the benefit of that INSIDE you. That means you can fly without your group.

“Prevention is better than Intervention.”

What I described just now is intervention; trying to stop something that has already gotten out of control.

What we do in the SOAR program is keep things from even starting. Our clients just get on the plane, and — to their amazement — don’t have the same feelings. Why? Because we have made the changes at an UNCONSCIOUS level; we have changed the “software”; the unconscious procedural memory, the step-by-step process that runs in a fraction of a second to cause high anxiety and panic is revised.

There is a second thing to consider. When the ability to regulate emotions is not quite as good as it needs to be, we all make up for it by trying to control things.

I once knew a famous therapist in New York who developed chronic fatigue. As a child, terrible things had happened to her; her mother went insane, could not care for her, and she spent many days of her childhood riding on top of laundry in her fathers laundry delivery truck. She was brilliant, and had unusual abilities in art. She says art saved her life, as she occupied herself drawing.

With such a childhood, the ability to regulate emotions naturally was missing to some degree. And, to make up for it, she turned to control, control, control. And, being so intelligent and talented, she was successful.

So, when she developed chronic fatigue, she treated herself. She was sure that she knew more than anyone. She had studied natural hygiene. She had taught courses on special diets. She went around the country lecturing. For almost three years, she treated herself. In her special “cleansing”, the would go to a spa and eat nothing but watermelon for weeks. She was sure that what she called “clean fuel” was the answer. She persisted.

Finally, she — almost unable to function — consulted a specialist and was told that the cause of her fatigue was a microorganism which flourishes on sugar. Her watermelon regimen — instead of curing her — was killing her. After a very short time on an all-protein diet, she recovered. Though it was a lesson, it didn’t alter her need to be in control.

A second point to consider is, trying to develop ones own therapy may be — like the watermelon diet — the exact opposite of what you need.

In other words, the strategy to use control (of things outside)to make up for a fuller ability to regulate emotions (through proper processes inside) may be at play. Try giving up control, and submitting to treatment that you are not in charge of.