Jets Move Up and Down Less Than An Inch During Turbulence. Why? 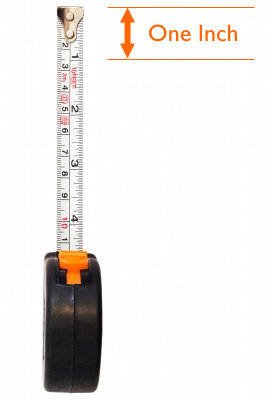 In a jet, you are going about about 800 feet per second. From goal line to goal line, a football field is one-hundred yards, or three-hundred feet. So every second, a jet moves the length – almost – of three football fields. Imagine three football fields lined up end to end. Let’s figure the air over the first one is going down, the air over the next one is going up, and the next one down. On a jet, you go up, down, up just for about one-third of a second, about as quick as you can read that. Then you are over the second field with its downward-moving air and you move down for about one- third of a second. Then you are over the third field and move up for one-third of a second.

There really isn’t much time to go up (or down) before you are into an area where the direction of the air is the opposite. It all averages out and the plane stays at its assigned altitude.

But ‘what if’? What if the plane did ‘free-fall?’ What if it did go into a zero-gravity condition for one-third of a second. How far would it ‘free-fall’? Zero gravity is thirty-two feet per second per second. So, in one-third of a second of free-fall, the plane would descend a mere ten feet and eight inches. So the next time someone tells you they were on a plane that feel ten thousand feet, tell them to check this web site: http://www.nogravity.com/

That is the web site for Zero Gravity Corporation

Zero Gravity Corp starts the parabolic profile at 32,000 feet with the nose of the plane approximately raised 45 degrees above the horizon. (About three times higher than on a normal takeoff.) The nose is then continuously lowered at a prescribed rate to produce a zero-gravity condition for 25 to 30 seconds during which everything in the plane is weightless. The lowering of the nose is continued until the plane is diving with the nose approximately 30 below the horizon. (About ten times steeper than a normal descent.) At that point the pilots start a gentle pull up to allows the participants to perch themselves on the padded floor. Then, to recover from the dive, the nose is brought aggressively back to level. As this is done, the g-force increases to about 1.8 g’s until the aircraft returns to level flight. (1.8 g’s is more than you will ever experience in turbulence).

Zero Gravity Corporation does this with a forty-some year old 727, and yes, the wings don’t fall off. The weightlessness experienced inside the airplane is actually equivalent to the type of “free fall” experiences for the first six seconds when sky diving or bungee jumping. After six seconds, a person’s downward speed stabilizes at a fixed speed of around 120 to 150 m.p.h. and one descends at that speed in a one g condition.

This brings to mind the difference between ‘descending’ and ‘falling’. We expect the feeling of falling to be a zero-gravity (weightless) experience. Descending can be a zero-gravity experience or not. An airplane can descend, but it cannot fall (zero g) for more than a moment (except when intentionally flying the parabola).

The parabolic flight profile is shown at this web page: http://www.nogravity.com/how.htm

The problem really comes because you visually see nothing holding the plane up and expect it to fall. You need to think about the jello exercise, . . . possibly even buy some jello and do it for real.

FOR A SCHOLARLY EXPOSITION ON WEIGHTLESSNESS, SEE: