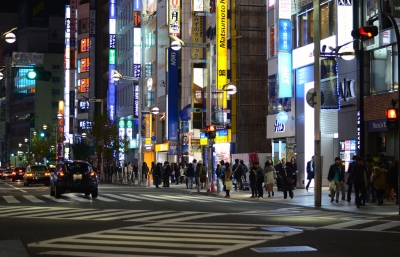 An anxious flier needs to appreciate how rare it is that something goes wrong in airline flying. It takes about five million flights to produce one serious accident. Imagine dividing up a highway billboard into a grid with five-million little blocks. Then, fill in just one block. Imagine it filled with a photo of a crash. This single block would like like a fly speck — virtually nothing — compared with the whole billboard.

As dramatic as this is, it doesn’t change how an anxious flier feels. He or she can’t seem to maintain the one-in-five-million context. If something awful is possible, it can’t be kept contained in that single block. Instead, the image of that one crash takes over the whole billboard. Like the billboard in this example, this is the mind of an anxiety-prone person seems to work.

It is interesting how a single possibility of something awful easily becomes all encompassing. The patterns of thinking used by the anxiety-prone person goes back to early experience as the mind is developing.

In time — if the parent is attuned to the child’s pain and is consistently while maintaining complete calm — the child gets the message: feelings don’t last; feelings go away; things can be painful, but pain is temporary.

A lot of us didn’t get that message. When we were hurt, instead of being given empathy and reassurance, there was either under-reaction, over-reaction, or indifference.

Under-reacting may have been, “Oh it doesn’t hurt; don’t be a baby.” Over-reaction might be hysteria because the parent is unable to deal with a child in pain. Indifference? Amazingly, research tells us that indifference is better than hysteria. A child has a better deal with its own distress than that plus the distress of a parent as well.

A child left to its own devices learns to deal with things. But the parent who over-reacts, teaches the child that everything is dangerous. This helps explain why disaster, no matter how remote, no matter how unreasonable, no matter how little evidence there is for it, becomes the expected.

Researchers in emotional regulation look at the “a-b-c” sequence. “A” stands for antecedent: what happens that causes a person to lose their cool. “C” stands for the consequence: the personal result. The important factor is what happens between “a” and “c”. “B”, the researchers say, stands for belief.

When a parent is hysteric, the antecedent is something awful can happen. The belief is that if disaster can happen, it will happen unless it is controlled. The consequence that is expected — when one is not in control — is disaster.

For the fearful flier, the a-b-c sequence is (a) since a plane can crash, (b) unless you somehow keep it from crashing, (c) it will crash. How can you, as a passenger, control it? A death grip on the arm rest? Prayer? Many find the only control they have of the situation is to not get on board.

The second step in this sequence — belief — is a problem. Most fearful fliers I work were not taught as children to look for evidence; they were taught to simply to believe. Even as adults, theirs is a belief-based world. Evidence is not part of it.

What needs to stand between “a” and “c” is not “b” for belief but “e” for evidence. In other words, the person who can maintain composure during periods of uncertainty is the person whose experience of the situation is based on evidence rather than on belief.

But what if there is an unexpected noise or motion, but no evidence? That leaves the door open for any possibility. A person who is not anxious would simply wait and see. But an anxious person, unable to tolerate a period of waiting for evidence, will probably begin to imagine something awful.

Imagination of disaster triggers the release of stress hormones, hormones which cause high anxiety and even panic. The key to confident flying is to develop an ability to fly without imagining disaster. A video that explains how this ability is developed is available at www.fearofflying.com