Mistaking What is In The Mind For Reality — Part Three 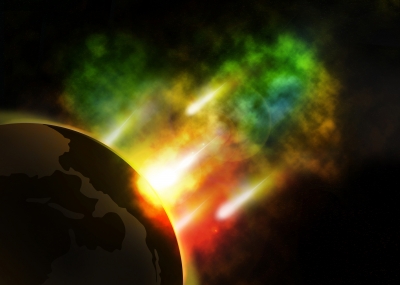 This is the third part of a three-part series.

Once these stress hormones are kicking around, the ability to think clearly is impaired. We start connecting dots that, in a calmer state of mind, we would not connect. All too easily, stress can cause the cognitive barrier between possibility and probability to vanish.

Connecting dots, or connecting bits of information, to come up with a conclusion is sometimes what psychologists call “closure”. When we are under stress, we sometimes connect dots that shouldn’t be connected; that is called “false closure”.

On July 3, 1988, the USS /Vincennes /shot down an Iranian airliner, killing 290 people. George H. W. Bush said, “One thing is clear, and that is that the USS /Vincennes/ acted in self-defense.”  was soon shown that the airliner was well within its airway and that attempted cover-up failed.

Psychologists who reviewed this military blunder called it “false closure”. The context led the commander of the ship to mistakenly feel that he had onnected the dots indicating the Vincennes was under attack.

When closure takes place, we move from assessment and possibility – or even probability – to certainty. Usually, we have enough information to connect the dots accurately. But under stress, and with a context of risk, we connect the dots with fewer dots, or only one dot. With a deficit of “self-soothing” stress builds rapidly. Dots of mere possibility can become solid bold lines of certainty.

In some individuals, feeling — alone — is accepted as reality. It borders on psychosis to accept something as certain simply because of a feeling. Though we can have this happen and not b considered insane, when it does happen, it is a form of temporary insanity.

I’m sure that I have been on flights totally relaxed in the cockpit while some passengers in the back believed they were about to die because they are connecting dots in their minds that are not – in any way – connected in the real world.  Being able to start off from a relatively calm state allows us to assess the dots, and decide whether they really are supposed to connect or not. What we want is to make it possible for you to ‘chill out’ enough that the dots do not get connected through false closure. Cognition needs to remain in play, and that is possible only through self-soothing which prevents a rush to connect dots (in one’s own mind) that really do not connect in the real world.

Since there is not much you can do to think clearly once the stress hormones get started, the key to managing the situation is prevention. We need to do the training necessary so that thoughts can come to mind without triggering stress hormones.

This means, learn and practice the Strengthening Exercise. Once it is learned and practiced on all the disastrous numerators that could come to mind during your flight, you free yourself from high anxiety and panic when taking the flight.

The Strengthening Exercise is taught in the set of DVDs titled, “Control of Anxiety” and in “Fast Track”.

Development Of The Strengthening Exercise

What we first tried, years ago, when developing the Strengthening Exercise, was dealing with a string of thoughts the way a jeweler deals with cultured pearls: the jeweler puts a knot between each pearl so that if the string breaks, only one comes loose.

We did not want one negative thought to lead to another negative thought, and yet another and another. We wanted to put a spacer in there between thoughts, like a knot between pearls.

And that worked. But an odd thing happened. We found some of the “knots” were more than just spacers; some provided soothing of each thought they were spacing.

This is where “Attachment Theory” and Allan Schore’s research doing brain scans of infants with their mothers came in. The theory suggested it, and Alan proved it, that there is a powerful (and I do mean powerful) way people can connect which is soothing.

I was fortunate enough to read Schore’s research before it was published, and immediately put it to use. When an infant gets upset, there is an area in the brain over the eye which “lights up” on a PET scan: the right prefrontal orbito cortex, the “executive” area for controlling emotion.

What is amazing in the first place is that there is such a magical connection to let the mother’s brain pick up the infant’s distress.

And what is even more amazing is how quickly it does it: 30/1000th of a second. That is too fast for it to be “cognitive”. In fact, it is so fast — and so connected — that there is no yet an adequate explanation for it.

The infant senses the mother’s response and quiets down. The infant’s right prefrontal orbito cortex stops lighting up.

If the mother still doesn’t respond, the infant’s right prefrontal orbito cortex lights up even more. If this continues, the infant can become so distressed that the infant cannot stand it. Then — and this is both amazing and tragic — cortosols are released into that area of the brain that lit up to kill the brain cells involved.

Literally, the brain cells are destroyed to give the infant relief which the mother failed to give through empathic connection.

This is distressing. Is there any way this can work out better? Yes. Alan found out that — after the cortosols are released and the brain cells are destroyed — if the connection between the mother and child is restored, more brain cells grow and replace the ones destroyed. In fact, the number of brain cells that grow is higher than the number destroyed!

In other words, to get optimal brain development, we need mom to be tuned in to the infant. It is inevitable that there will be times when she won’t be tuned in. But, if the mother recognizes there has been a break and “fixes it” by re-attunement, more brain cells are produced than were zapped. The final result is that there are more brain cells than if there had never been a break at all.

Kohut came up with the theory back thirty years ago that he called “optimal frustration”. Kohut believed that growth of the personality depends — not upon perfect attunement, but REPAIR of breaks quickly after they took place. Allan Schore’s research has helped to prove Kohut was right.

So, though anything can provide a knot between beads or between thoughts, and some knots are more powerful than others. Reliving the memory of a moment in which a person is tuned into you, and you to them, is powerful. It is not only a knot between the thoughts, but it produces powerful soothing as well.

Here are a few quotes from Allan Schore:

“. . . early interpersonal events positively or negatively impact the structural organization of the brain”