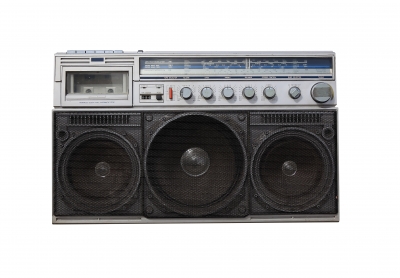 In the 1980s, SOAR was the largest organization producing in-person fear of flying programs. We did them all over the U.S.

When an article on SOAR appeared in Parade Magazine, we received 6,000 letters. The letters were mostly from smaller towns, where we knew we could not find enough people to fill an in-person course.

But to try to help, we put together a set of audio cassettes based on the in-person course, and set it to twenty people. To our amazement, all twenty flew, and did so without our ever meeting them, or coaching them, or encouraging them.

We repeated the experiment with a second group of twenty people, and got the same results. All twenty flew on their own.

The results of the cassette course were far better than the results with the in-person course.

Let led us to slowly switch to the present way of dealing with flight anxiety (in all its forms, claustrophobia, panic, high anxiety, etc). When we followed up the cassette tapes with one-to-one counseling by phone we became virtually 100% successful. No other program of any kind could compete with us, and all the local airport-based courses went out of business. A high-tech program using simulation was developed, but — though quite expensive — it is not very effective at all, and makes claims of success that are fraudulent.

I’ll explain more in detail, but the bottom line is, there simply is no program anywhere of any kind that comes close to our program. I know that is strong language, but it is very distressing to know that people are getting involved in courses, no better than the airport-based courses in the 1980s sponsored by the airlines.

First, the limitations of in-person courses:

Research showed that there were problems with that type of program which could not be overcome..

1. The necessary information could not be absorbed by going through such a course once. .

2. Some participants were so anxious about the “graduation flight” that they could think of nothing else. They turned to other participants or the instructor for emotional support instead of learning to manage emotions on their own.

While continuing to present the kind of course you are asking about, we experimented with courses in which people learned the course material via audio tapes. This allowed them to take their time, or to go through it more than once, while avoiding the pressure of the “graduation flight”.

With the present way to dealing with flying, there is far, far more personal interaction than was ever the case in the in-person courses. That is important. But more important, the interaction we now have is more effective. Instead of mere reassurance, we use the one-to-one time time together to fine tune the exercise that provides automatic control of anxiety and panic when you fly..

In 2004, we put together a new course on DVD. To make sure we could help even the most severe case of fear of flying, we included everything. The entire course is on ten DVDs. .

The DVDs include demonstration counseling sessions. We still offer individual counseling sessions are an option. But most people find that just going through four of the DVDs is all they need to fly successfully and comfortably..

When a person completes the new SOAR Video Course on DVD – or the Audio Course on CD – and does two hours of counseling, we GUARANTEE the results..