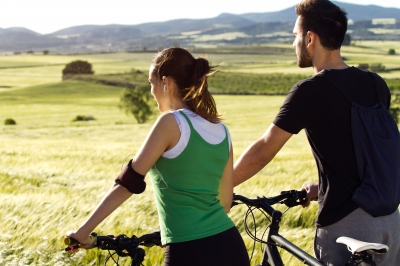 • The Power Of Positive Thinking

These are books that promote the “top-down” view of how emotions are controlled. They tell us we can control our feelings by controlling our thoughts. Though widely accepted, the notion that thinking can control emotions is little more than psychological “snake oil”. While legitimate studies show how one thinks is associated with how one feels, association only suggests the possibility of causality. Association of two things – in this case thought and feeling – does not prove that one is caused by the other.

A more robust ability to think is less likely to collapse in the presence of emotion.

As it turns out, brain research now shows that emotions are controlled, not from the “top-down” by conscious thought, but from the “bottom-up” by mental processes which take place unconsciously. The modest benefit that can be gained from the “top down” approach comes from exercising the brain. Cognition that takes place when doing a “top-down” form of therapy (such as CBT or REBT) does the same thing for the mind that going to the gym does for the body. A mind that has “muscled-up” its ability to think is better able to continue thinking when strong emotions develop. When the ability to think while in an emotional state, the likelihood of appropriate action — and accurate thinking — increases.

Though “top-down” thinking can help in a limited way, can relying on it do harm? I think the answer is yes for two reasons. The first is, “top-down” thinking can lead to feelings of guilt and low self-esteem. The titles make it clear that if you have emotional difficulties, it is your own fault. You just aren’t thinking right. The authors tell you how simple emotional control is. Yet, after following their instructions, if you continue to feel like a basket case, not only has nothing been accomplished in terms of emotional control, but self-esteem is down the drain.

Similar things happen when people try ineffective forms of help for flight anxiety. They do what that course tells them, get little or no help, and feel worse as a result of the failure.

The second reason is that relying on help from a therapist using only the “top down” approach can keep you from getting help that is more effective.

What is more effective?

Though the mind benefits from being exercised somewhat in a “top-down” therapy session, the benefit is greater when – in addition to mere exercise – the person focuses reflectively on issues such as conflict, and feelings that come when what is in ones own best interest is not supported by others who are important in ones life. By reflecting upon an emotionally charged issue in advance, one is more prepared as events play out in real life, more prepared for the emotions, and making it more likely good cognition and appropriate behavior will be maintained in the presence of emotion.

Few of us believe war exists because not enough of us are visualizing world peace. Why, then, do so many of us buy into this idea that thinking controls emotion. Perhaps it is because that, while we recognize there is some relationship between thought and emotion, we fail to notice which comes first.

Consider your own experience.

So, let’s notice. I’ll tell you my experience, and I invite you to see if it matches with yours. So far as I know personally, I get angry first, and rationalize it second. Not once can I recall weighing the situation logically and — only then — deciding I should be angry and then become angry.

Fear, itself, is a good example. When about to step on a snake, the amygdala reacts to the shape of the snake. The amygdala triggers a shot of stress hormones. The amygdala acts based on our genetic encoding. Though we have to be conscious for the amygdala to act based on visual information, what the amygdala does is done completely outside of our awareness. As soon as the amygdala acts — completely on its own — we become acutely aware of “something”. We know there is “something”going on. Yet, we don’t know what. We feel different. Our heart rate has increased. Our breathing has changed. There is tension in the body. Our focus has shifted, perhaps from daydreaming, to what is going on right here right now. The hormones make us freeze.

Only then do we see the snake. The feelings we think of as fear come from the stress hormones which are in play well before we have cognition about the threat.

The idea that emotions are controlled by unconscious processes has not been well-received. Freud began telling us that a hundred years ago. Is isn’t easy to get used to the the “bottom up” way of thinking about emotion. The idea that we are not in control of our own mind can be insulting. Though some in psychology believed all along that emotions are controlled “bottom up”, proof of this has come only recently based on brain scan technology that has been in use for less than ten years. Though cognition — if it can stay in the picture when emotions heat up — can help keep behavior and cognition itself appropriate, cognition does not regulate emotions.

Ultimately, intense emotion can push even well-developed cognition out of the picture. This points to the importance of regulating the intensity of emotion. How can we control the intensity of emotion which are unconsciously triggered? How can we keep cognition in the game? Sitting here on the ground, we can be cool, calm and collected when thinking about back-up systems, when thinking that wings don’t break, and when reminding ourselves that turbulence is not a safety issue.

But when flying, we are already primed to expect something to go wrong. This puts the amygdala on high alert. Then, as soon as there is a noise or a motion we don’t recognize (remember: the RES filters out noises and motions we are familiar with) the amygdala triggers stress hormones. Unless we have been to the mental gymnasium and learned how flying works, the feelings triggered by the amygdala may be able to stop all useful cognition that could tell us this is not a problem.

For cognition to continue to work in the heat of the battle with emotions, you have to really know your stuff. So, the first moral of this story is, pump up your cognition by learning how flying works to the point that you can explain it like an expert.

Second, how do we limit the intensity of the feelings triggered by the amygdala? Since the action that causes the problem is taking place unconsciously, that is where we have to make the changes. We need to change what goes on in “unconscious procedural memory”. Unconscious procedural memory is where we store such procedures as how to ski, how to ride a bike, how to shift gears, how to dance or even how to walk.

When flying, to regulate emotions enough for cognition to continue to operate, we can change the unconscious procedural memory of what happens when each and every thought about flying comes into mind. We connect each and every thought about flying to a moment in which we experienced the profound calming that comes (because we are genetically encoded to be calmed by empathic connection) when we feel an empathic connection with another person.