Turbulence And The Mind 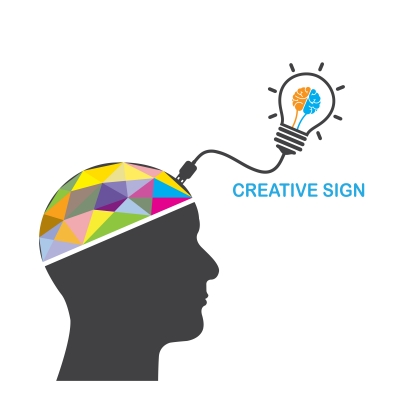 Fear of turbulence is a testimony to the power of imagination. Limitless imagination can be thought of as a wonderful talent. Yes, but let’s not forget van Gogh. Imagination — if not balanced by accurate perception — is an engraved invitation to madness.

When one is insistent that what one imagines is indeed real, it could be thought of as harmless grandiosity. But is it harmless? Narcissus, myth has it, fell in love with his own reflection. Of the loquacious narcissist, we might remark, “He is in love with the sound of his own voice.” If the truth were told, perhaps all of us are in love with the version of reality — misguided and misshapen as it is — we hold so dear in our own mind. Perhaps all of us are in a life-long struggle between the world we imagine to be real (but isn’t) and the world that actually exists.

This is why we offer, as the guiding principle in the SOAR program, that the answer to flight anxiety is to experience flying just as it is, adding nothing, subtracting nothing.

Persistent equating of imagination with reality is delusion. Chronic delusion is insanity. This should suggest to us that our mental health rests upon vigilance to maintain constant awareness that our mental powers are limited. We are always — to some degree, great or small — unable to represent reality in the mind.

Perhaps to use the word represent is confusing. But it is essential that we understand reality does not exist in the mind; what exists in the mind — at best — is a representation of reality.

Research shows children believe their thinking and reality are one and the same until the age of two or three. To not outgrow that belief means developmental arrest. If we directly confront the implications of believing that turbulence is a threat, when all evidence — other than imagination — is to the contrary, we will not be flattered.

Though it is obvious that when the earth is 25,000 miles in circumference and the head is less than 25 inches in circumference, what in within ones head can not be equivalent to the world outside. Yet, we persist, some of us more than others, for to relinquish the superiority of ones mind to mere reality causes a deep narcissistic wound to ones ego. As Robin Williams said, “Reality. What a concept!”

It is delusion to believe visualizing — be it world peace, whirled peas, or turbulence — amounts to anything other that the comfort of collective delusion among the delusional.

Turbulence is not a risk in any way, form, or fashion to us physically. It is a risk psychologically only because we have little ability to calm ourselves when stripped of calming connections with others and our ability to control. When internal ability to regulate emotions is not what it ought to be, we — like Linus — turn to a security blanket. To the degree that the earth serves as our security blanket, when it is taken from us, we — like Linus, when Lucy runs away with his security blanket — scream bloody murder.

While it is true that some are indeed developmentally arrested at the age of two to three and never develop the ability to differentiate between reality and imagination, most of us are in a different situation. We did learn quite early to differentiate between reality and imagination, but when the chips are down, and we go into the air, we are like a fish out of water. Though we do have the ability when calm to differentiated between imagination and reality, when our security blanket is taken away, we may lose that ability. When we do, we revert to the thinking characteristic of a two year-old. And that is why we are amazed when we survive the imagined.

The belief that one is in danger in turbulence is based on delusion, the delusion which results when anxiety causes a reversion to the primitive mental capability possessed by a two year-old. You weren’t in danger. Not one little bit. How can we take the question of your survival seriously when the question is based solely on delusion? In turbulence, ones survival is never threatened.

What is the pilot thinking during turbulence? Most likely, the pilot is thinking about which flight attendant is most likely to sleep with him that night. Sex is the most important thing in any pilot’s mind I have ever met. The second most popular pastime of pilots during cruise is discussing investments. When it comes to third place, some variation enters: it could be football; it could be fishing; it could be wishing he was home to see his kid in the Little League game. The above, of course, relates to male pilots. I have no idea what female pilots think. Though we men can, at times, understand a woman, the mind of the female pilot is inscrutable.

I learned long ago, when first doing courses on fear of flying, that the flights in which anxious flyers narrowly escaped death in the passenger cabin were the same flights in which I was bored out of my mind in the cockpit.

Turbulence does nothing to stop boredom in the cockpit. Airline flying is the most boring job in the world, bar none. Though takeoff and landing are interesting and fun to do, cruise is nothing more that useless burning up of ones time. And turbulence changes nothing about that for a pilot.

The only plunge any airline pilot worries about is the stock market.