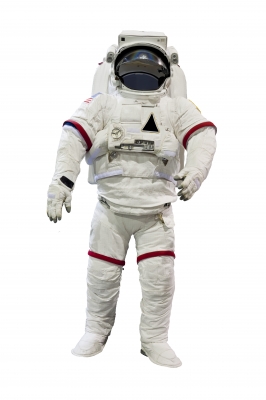 Anxiety, if it were based on pure logic, would recognize that – in spite of all the risk factors you cite – when compared with either driving – or staying home (!) – flying is (hour for hour or mile for mile) far safer.

So the issues about safety are just ‘hooks’ on which to hang seemingly good reasons for being anxious. There is a thing called ‘cognitive dissonance’ in psychology which says – basically – that after we make a decision, we can get emotionally attached to that decision and believe it is the right – and no longer weigh information to the contrary.

For example, if I buy a Ford F150, I might like to believe I am associated with a product that is superior. Thus, I might strongly be of the opinion and even argue about it – that Ford pickups are superior, and everyone should know that. If I bought a Dodge, I might feel the same way about the Dodge.

If we are anxious about flying, we want to – and in fact may need to believe we are right.. So, we align ourselves with what appears to be fact to support our belief.

Tom Wolfe’s book ‘The Right Stuff’ has to do with the ability of astronauts and fighter pilots to realistically look at the activity they are involved in, recognize it is risky, and do it anyway and do so without much anxiety.

What I hope to do is build in enough of the ‘Right Stuff’ for airline passengers to deal anxiety-free with the incredibly small – but real risk of fatality when flying. Odd, though, that the focus is on flying when in their day-to-day living, the same people do things routinely without giving it a thought.

When we are in control, we don’t feel anxiety. We don’t feel anxiety even if the thing we are doing is risky. I have had clients who were New York City undercover cops who couldn’t stand being on an airplane. They said they were out of control on the plane, but felt perfectly in control dealing with gangsters and drug dealers.

Obviously that doesn’t make sense, on the surface, but what happens is this: when we IMAGINE a danger, if we can imagine a way to get out that of danger, that takes care of the problem.

Example: if you imagine a car coming at you, you don’t just get stuck with that image and next imagine a crash and death. No, you imagine turning the wheel and escaping. You omit, however, the thought of a trailer-truck or guardrail or trees blocking your escape route. All it takes is just ONE ‘relief’ image.

The problem with flying is that there is a one in several million chance of fatality. And you have no control. When that one chance comes to mind, and you have no ‘relief’ image, you get anxiety.

Then, the next step is to seek to rationally justify that. Still, the logic has to be addressed:

It isn’t perfect, and with financial pressures, I think the trends are not good. That is why I think it is wise to choose an airline where the captain has the backing of a union which allows him or her to make safety decisions without having to worry about losing his or her job.

Regarding the wind shear, and your belief that the cockpit crew willfully and negligently attempted to land instead of diverting.

Wind shear has been with us since the Wright brothers, and it was not until the Pan Am crash in New Orleans in 1982 that we learned that wind shear COULD POSSIBLY be of a magnitude that could take an airplane down.

After that, all of us were trained in the simulator – with the winds from that crash programmed into the sim – to fly successfully through those conditions. BUT we were also trained to recognize those conditions and – IF they were hazardous – to avoid them. If the wind shear present was not dangerous, we simply made adjustments for it.

Because of training and doppler radar to detect dangerous wind shear, it is just not a problem anymore. In spite of that, you regard yourself as having had your life threatened, which is not the case. But not realizing your safety was well taken care of, you were led to think, as you said, ‘My position is that cockpit and cabin crews take a cavalier attitude toward threatening flying conditions.’ The closest thing to a cavalier attitude is that we KNOW turbulence is not a problem, so we don’t cancel a flight due to turbulence. You, it appears, believe turbulence is life threatening. It isn’t, so there was no irresponsibility on that score.

You were never in any danger whatsoever. It is your interpretation that is the problem. Whether you can accept that (remember cognitive dissonance) is the question.

And if you can entertain the possibility that you are incorrect in your assessment, that then opens the door to addressing your response. In other words, it is much less distressing to think of the problem as being ‘out there’ with the airline than ‘in here’ with my psychological response.

An honest appraisal would suggest there are problems out there and in here. Yes, airline management can be unscrupulous. But – problems out there as they are – the track record is (still) good. It it not – and not even close – to the point where the public is demanding improvement.

The difficulty with anxiety comes from, whether this feels good or not, very, very early relationships. It is our earliest caretakers who train us to expect to be responded to, to be calmed easily, etc.

When we didn’t get the very best of that, anxiety is an issue. It is an issue we can repair, but it takes willingness to address the issue ‘in here’.

Note to the reader: if this rings a bell with you . . . if you have been avoiding doing something about flight anxiety because of ‘cognitive dissonance’, . . because the problem is only ‘out there’ – not ‘in here’, maybe personal growth lies in the direction of flexibility of thought.