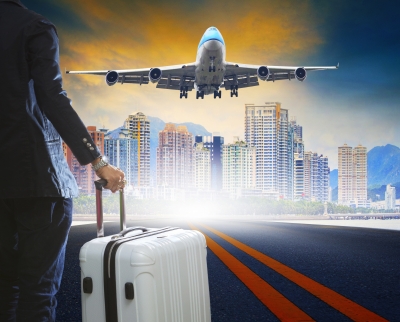 Someone emailed saying they were doing great and the only better thing would be if I were flying with them.

What the person didn’t understand is this: the person was doing great because what we had accomplished through the DVD program was BETTER than having a pilot sitting next to them.

A pilot sitting next to the person can only offer reassurance AFTER the person reacted to a noise, a motion, or a fearful thought.

Even after being authoritatively reassured, the person still would be feeling the effect of the stress hormones released before being reassured, and still be feeling hyper-alert, an increased heart rate and breathing rate, etc.

No matter how assuring someone can be, it takes time for these hormone-caused responses to diminish, and as long as the hormones are present, they provide a powerful ‘argument’ that there is danger – no matter what the expert sitting there says.

But if the amygdala regards that thought as threatening – and this is the fascinating part – it actually releases stress hormones into the brain and body BEFORE you are conscious of the thought, which, of course, causes the feeling of danger.

And I’ll bet if you think about it, you will remember times when you felt a chill up your spine, or felt your hair stand on end, BEFORE you actually realized what it was about.

That’s the amygdala in action.

Up until SOAR, all that could be done to relieve fear and anxiety was to help limit your reaction to the amygdala’s reaction, and not make things worse.

Now, we do what had always been considered impossible. We change the amygdala’s reaction. We attach the positive emotional ‘tag’ to each flying thought. When the thought heads toward consciousness, the amygdala reads the ‘tag’. The ‘tag’ says, ‘Hey, this thought is no big deal,’ and just lets the thought into awareness without triggering any feelings of fear or anxiety.

So, although it sounds like a good idea to have your own pilot flying right there next to you, once you have completed your preparation by practice of the Strengthening Exercise, you will feel BETTER on your own than if I were flying with you.

Why? Because, instead of me trying to calm you after you have been hit by fear or anxiety, you just don’t get the fear or the anxiety in the first place.

If the video had been shot AFTER the Strengthening Exercise was developed, you would see her sitting there – even if alone – and looking calm.

It is better to have what you need INSIDE you, rather than BESIDE you.

That Feeling Of Aloneness

All this points to the fact that ALONENESS WITHIN is the problem. When we grow up feeling alone in our feelings, feelings become – and often remain – problematic.

When people discover the chat or the message board, it is such a relief to know other people have this same feeling about flying; it is so easy to think “I’m the only one”.

Aloneness is part of the problem during flight. The terror that is so easily imagined is of plunging, being hopeless and helpless, and totally alone. One imagines not ever seeing loved ones again.

Aloneness is part of the cause. Alan Shore’s research shows that when an infant or young child is put to bed to “cry it out”, though they may appear to have fallen asleep, they are instead in a state of dissociation due to terror of being alone and feeling abandoned forever.

We now know from research that – though children do not recall the circumstances of this emotional terror – they do recall the terror, and it ‘replays’ whenever we feel alone and abandoned.

The Opposite Of Aloneness

Neuroscientists at the University of Wisconsin and the University of Virginia have shown that, for couples who have an extremely close relationship, the touch of a spouse’s hand can provide significant immediate relief from stress.

When we set up the Strengthening Exercise, we seek that kind of strong emotional experience to use as the ‘tag’ to place on each flying thought. When every flying thought is ‘tagged’ this way, flight anxiety is a thing of the past.

When thoughts head toward awareness, they are scanned by the amygdala. If the amygdala finds the thought is associated with aloneness, isolation, fear, or danger, it causes stress hormones to be released.

This leaves you to be able to think of flying in a rational, balanced, and reasonable way – instead of in an emotional way.

Once you have established the positive connections through some practice of the Strengthening Exercise, you can fly without having to do anything; you just get on the plane and the negative emotions are controlled automatically so that there is no high anxiety and no panic.