Some Thoughts About Fear of Heights 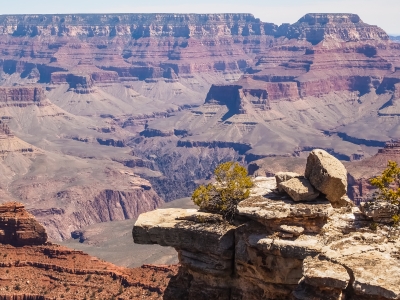 Truman ‘Slim’ Cummings who started the first fear of flying course at Pan Am told me the following. He said almost all airline pilots have fear of heights. He said this fear does not show up when enclosed in the cockpit, but does in open high places, where to fall is possible.

Because we fly all the time professionally, he said, we frequently dream about flying. But, not all of these dreams involve flying IN and airplane. They may not even involve an airplane at all. Instead, as in Mary Poppins, we just dream that we are flying along without anything at all . . . just with our body floating along over the countryside, over the city.

Dreams are fragile. Though we may have hundreds of dreams a night, we may remember only one, or none at all. So pilots have, he says, many dreams about flying just bodily here and there and everywhere, but we don’t remember them consciously.

Then, when we on some elevated place, looking over the Grand Canyon or on the top of a building, we BEGIN UNCONSCIOUSLY to replay these delightful dreams. It starts to enter the conscious mind as, ‘Wouldn’t it be wonderful just to leap out there and fly across that!’ Fearful of what the leap the unconscious mind is entertaining, the mind blocks the thought. The associated fear is not blocked, but felt.

When Slim told me this, I thought he was ‘off the wall.’ I didn’t believe it. Then, I took my kids to Walt Disney World, and went on the ride there, a ride on a cable which takes you from one end of the park to the other in seated in the open. And I thought about what Slim said, and sure enough, I DID notice the feeling of being frightened, and he urge to leap out and fly across Disney World like a superhero (perhaps some of our comics and movies about Superman and Spider Man are tied to this). The impulse was strong enough that I felt really uncomfortable, until I grasped the sides with both hands to sort of promise myself I wouldn’t do it.

This made it clear to me that Slim was right. We do have these dreams. We do enjoy the fantasy of flying like Mary Poppins or Superman. We do – at least unconsciously – start to entertain and enjoy these fantasies, and when the rational mind begins to see what the ‘child’ in us wants to do, it comes down hard on the ‘child’ and is shocked that such ideas even could be entertained.