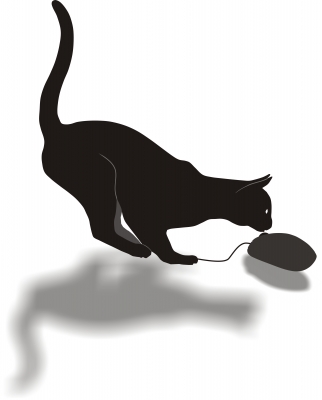 Memory can be rewritten or partially erased. Research by Karim Nader shows that when we bring a memory to mind, we inadvertently alter the memory. Here is a way to understand why that might be the case. Let’s say you buy something from a store, bring it home, and unpack it. After examining it, you decide to return it to the store. But try as you may, you can’t get everything back in the box. You return to the store with the box bulging and a couple of pieces outside the box. Memory is like that. Once you take it out from where it is stored, you can’t put it back in without removing or changing something. It is interesting, however, that you can also add something.

But there is an important difference between a memory and an item returned to a store. You are aware the item, as returned, is somewhat altered. But when remembering inadvertently alters a memory, there is no awareness of the alteration.

Some memories are traumatic. If remembering them causes great distress, or if a traumatic memory cannot be kept of out mind, we call this condition Post Traumatic Stress Disorder (PTSD). There have been two competing ideas in how to treat a person who is stressed by a traumatic memory. One idea is that it is best to leave sleeping dogs lie. In the article Edna Foa of the University of Pennsylvania Medical School says, “There has always been a group that says we could reignite a trauma by asking people to deal with the memory. In this thinking, keeping the memory suppressed was actually better. That was a strong belief in the early era of psychiatry: Put it behind you. Don’t deal with it. Go on with your life. The idea behind counseling was to soothe the patient, to find ways to make him as comfortable as possible.” The problem with that approach is that – though the original memory may be inhibited – it is still there. Keeping it inhibited is costly. We now know that every effort a person makes to consciously or unconsciously inhibit a memory causes the person to distort reality. As in Watergate, the cover up can cause problems.

Shakespeare addressed traumatic memory, and madness can result by attempts to inhibit it. in Macbeth; “Out, damned spot! . . . who would have thought the old man to have had so much blood in him?” When Macbeth was unable to put memory of the murder out of mind, he was forced to commit more murders. Finally, he became insane. Freud, too, believed mental problems were caused by cover up. His view was that health could be restored when the person came to grips with what he or she was unconsciously covering up.

Though Freud believed it was necessary to accurately remember what took place, things can also get better, Foa suggests, by rewriting memory for the better. But, to rewrite our most painful memories, we have to revisit them as Freud led his patients to do. In the New Yorker article, Foa recounts the case of a young woman who had been raped. She suffered from PTSD and could not maintain relationships. When, after ten years, she entered therapy, she insisted the rape was her fault. “I didn’t fight them. If I had, they would have stopped.” In treatment with Foa, the young woman was asked to tell the story of what happened, and to repeat it many times. Foa says as people go through their story again and again, they learn that what happened in the past is indeed “back there” and not here in the present. This is a distinction that people may not make until they go through the memory enough times to really establish the past as the past and finished. When the uncovered memory was repeated, her memory of the rape changed. She came to see it as not her fault. Was this because she revised the memory to her benefit? Or did she, by recalling what happened, realize she had no choice? We don’t know. But, by repeatedly remembering, her PTSD cleared up.

Bessel van der Kolk, regarded by many as the country’s leading expert on PTSD, takes particular issue with exposure therapy. Van der Kolk regards the technique Foa uses as “among the worst possible treatments” for trauma. It works, he says, less than half the time. Van der Kolk also takes issue with cognitive behavioral therapy (CBT). He has said that trauma has nothing whatsoever to do with cognition. Trauma, he has said, involves a physical react to a place or a thing as dangerous due to what goes on – not in consciousness – but in unconscious primitive regions of the brain where no form of cognitive therapy can reach or change.

Neuroscientist Stephen Porges has pointed out that when a person is in a life-threatening situation and cannot escape, a shutdown takes place both mentally and physically. The person’s breathing becomes shallow, and their heart rate slows to the point that the brain almost stops functioning. This is a state like that of an animal that “plays dead.” Porges, however, points out that the animal – and likewise the human – is not playing. Rather, when there is no escape, shutdown takes place automatically and unconsciously.

The PTSD problem begins with activation of the Immobilization System. When the brain partly shuts down dissociation takes place. Awareness becomes dissociated from what is going on. Psychologically, it may seem as if the attack is happening to someone else. This dissociation might seem benign; it keeps the person from experiencing the full force of the attack. Due to shutdown and dissociation, the brain cannot adequately record the life-threatening situation the person is in. A properly formed memory can decay, or, as we have seen, be altered each time it is remembered. But an improperly formed memory stays stuck in the mind where pieces of it can come to mind as if the event is taking place all over again.

Or, the traumatic memory may become sequestered. Some trauma victims develop amnesia about the event. But there are two problems. Just as you have to pay to keep your belongings in storage, amnesia has a storage cost: anxiety that the sequestered experience will surface causes unexplained mood shifts, difficulty staying focused, and difficulty in relationships. It can cause depression, anxiety, and panic. When a sequestered memory is triggered by something where a person is, they feel an urge to leave. If leaving is not possible, the person may panic. For some, fear of flying is due to anxiety that a hidden memory will surface during flight where escape is impossible. Any place where escape is not immediately available is threatening; what if a hidden memory surfaces where they cannot run from it (and keep it out of mind). There is a sense that if the sequestered experience surfaces on the plane, they will be overwhelmed by it, have a heart attack, do something embarrassing, or go crazy.

The other problem is that, after years of being hidden away, a sequestered experience surfaces and the person realizes that what is remembered is only the tip of the iceberg. What if the sequestered experience was not just one experience, but many? Terrible questions arise. How many experiences? With whom? What did I do to cause this? Why was I not protected? Why didn’t the perpetrator care? Why didn’t anyone stop this? Because the questions – and the answers to the questions – are so horrendous, they need to be faced over time with the aid of a well-trained (and well-supervised) therapist. Why well-supervised? Empathic sharing of horrendous experiences is traumatic for the therapist as well; the therapist who works with the client face-to-face needs support by a therapist who is exposed second handedly.

Though psychologists previously theorized that we shut down to protect ourselves, current research says we have no control over shutdown When it activates, the Immobilization System activates as a reflex. Due to our genetic heritage, when hopelessly trapped, we reflexively shut down. This doesn’t fit what we see in Hollywood movies. It is, though, what we see in the treatment room. At some point, if hopelessly trapped, we are like a deer in the headlights. We give up the fight, or we don’t fight in the first place. Primitive creatures we evolved from did that. We, because we inherited that primitive creature’s genes, do so as well.

Though it doesn’t make a good Bruce Willis movie, this is how it is. We are not Bruce Willis. But, the Bruce Willis we see on the screen is not Bruce Willis either. Not convinced? Consider this. If humans always fought when facing life-threat, that behavior would be so typical that no one would want to make, or to watch, a movie about it.

What about fear of flying? Is fear of panic on a plane always due to sequestered memory? No. Somewhere along the evolutionary line, humans developed an ability to sense other humans intuitively, unconsciously, and automatically. Just as when dogs encounter each other, they smell each other out to determine whether to fight or be friendly, when we encounter a new person, we sense whether the person is threatening or cooperative by what we see on the face, what we hear in the voice, and what we feel in the touch. If the signals we unconsciously sense are threatening, stress hormones urge us to get away from the other person. If we unconsciously sense that the person is cooperative, what Porges calls the Social Engagement System overrides the stress hormones the new person triggers in us. This override of the stress hormones allows us to work together, play together, or reproduce together. This ability to sense others has allowed humans to achieve things by cooperative effort that exceed what other species can do.

When our ability to automatically and unconsciously regulate anxiety is well-developed – which happens mostly due to good early relationships – we regulate anxiety automatically. We can be calmed by who we are with. But we can also be calmed by memories of people we were with – and how they related to us – when we were very young. Those early experiences give us the security we need to feel safe without having to be in control or being able to escape. The ability to feel safe when not in control – and when not able to escape – allows a person to fly.

Though the need to keep traumatic experience our of mind can make it difficult to fly, lack of development of the ability to feel safe when not in control can also make it difficult to fly. Fortunately, even if we did not have ideal early relationships, and even if there is sequestered trauma, we can increase the ability to feel more secure when not in control via the methods taught in the SOAR Program.