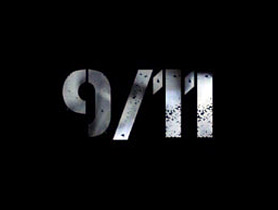 Before 9/11, airport security was a facade. Everyone in the airline industry – including and the FAA – knew that, The FAA “Red Team” was reliably able to slip simulated guns, etc. through security. Those hired to screen passengers were not well-payed Turnover was high.

There didn’t seem to be any reason to take security very seriously. It was was put in place to deal with hijackings to Cuba. Meanwhile, on the other side of the Atlantic, there had been a number of serious incidents. To meet the threat there, airport security was impressive. But 9/11 changed everything. Airport security was quickly beefed up. Screeners were well-trained and well-paid. Some had law enforcement experience.

How good is security now? It is not the level of security El Al has. Few Americans would put up with that. But the security we have now is good enough that if we had had it in place prior to 9/11, 9/11 wouldn’t have happened.

The new cockpit doors – alone – would have prevented 9/11. Cockpit doors prior to 9/11 were designed to be easy to break, so that in case of a crash, pilots would not be trapped in the cockpit; they could break the door.

Strategy For Managing Anxiety About Security

It is easy to “picture” something slipping through the gaps in security. If you let that picture form, it will cause anxiety. It is better to think that even if there were no security at all, the chance of being on a flight with a terrorist would be incredibly small. When I consider my chances of being involved with a terrorist attack today, I figure I’m safer being on an airplane than being at Disney World or in a stadium watching a sporting event.