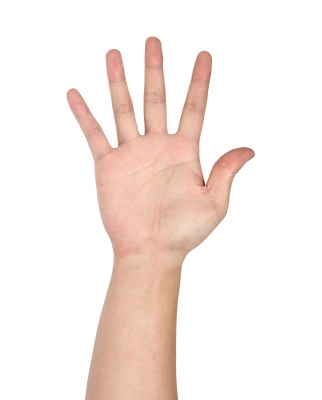 Obviously that is impossible. But when it comes to flying, that is what people do, and that is what causes anticipatory anxiety.

Young children are faced with many things they cannot control. When there is insufficient empathic connection with their parents, they feel insecure. To deal with this anxiety, they engage in “false control”. Instead of perceiving reality, they imagine things are the way they want them to be. Or, they pretend they are superheros who have control.

Much of our difficulties as adults come from toying with “false control” — imagining instead of perceiving. Instead of recognizing the obvious (that one cannot know the future) we imagine this and we imagine that. It is this very imagination — fleshed out vividly in ones mind’s eye — that causes the anticipatory anxiety. It is this very imagination that causes the stress hormones to be released.

If you are going to fly, you have only two possibilities:

1. Continue to grasp at false control of the future by imagining “what if” and “if only”, or

One of those choices will stop anticipatory anxiety. The other will cause it.

What is it that pushes us into false control? As I said above, when there is insufficient empathic connectedness with ones parents, there is a feeling of insecurity. When insufficient empathic connectedness is the rule — rather than the exception — feeling unsafe becomes basic to ones character. Insecurity becomes built-in. Expecting our needs and desires not to be responded to becomes built in, and control develops into the universal answer. Only control, it seems, can make us safe and secure. The need for control pushes us toward all the control we can get, including false control.

What we are seeking to do in the SOAR Program is to take the amount of security you do have and nourish it. We want to make it grow. It is what Tom Wolfe called “the right stuff”, the ability to face risk and stay emotionally balanced.

A sailboat with a small keel can be blown over by a slight wind. But a sailboat with a heavy keel can withstand a forceful wind. What we need to do is increase, as it were, your keel. You already have a keel. We want to make it grow into — not one that would be so massive as to help you deal with the risk of being an astronaut — but one that will let you deal, and stay balanced, when dealing with the incredibly small risk of flying on a modern airliner.

Until then, practice your Strengthening Exercise for the flight, where it will kick in and work automatically. Use the 5-4-3-2-1 for anticipatory anxiety.

In time, you will develop trust that you will fine on the flight, and that residual anticipatory anxiety will vanish once you meet the captain.