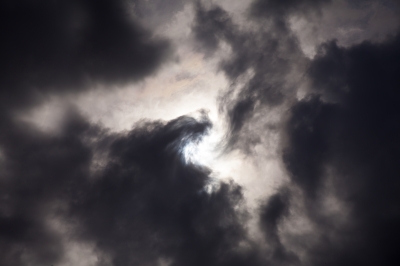 Plastic Ted is a UAL pilot who frequently posts on the SOAR message board. He wrote this on turbulence. It is the best thing I’ve read to help an anxious passenger understand what it is and why it is just a non-problem (Hollywood notwithstanding).

Air moves: it swirls and twirls, it moves up and down, moves one way, then the other. What moves the air? Energy, solar energy to be precise. It’s a bit like when you go up to the mountains and sit by a stream and watch the water move around and above the rock and stones: the water moves in all kinds of patterns and if you let a little paper-boat go down the stream, it rocks and moves, depending on what the water does.

Move all this to 3 dimensions: the air moves: it moves up and down because of heating and cooling, it moves in waves and turbulent paths because it has go move around and above mountains and terrain, large masses of air, from different origins on the planet, with different temperatures and directions and moisture content meet up and all kinds of interactions develop along their boundaries.

Turbulence is felt when an airplane flies through all this and all the different movements and directions of the air, constantly affect the aerodynamics of the plane such that there is movement felt.

Fly from a small area of air moving up vertically into another where the air moves or, or just doesn’t move up as fast as in the previous area, and you’ll feel this as ‘bumps’ : turbulence.

Can you see turbulence: no, not directly, but we can look at clouds and we know if turbulence or smooth air usually is assiociated with that kind of cloud, and we add to that the weather tools we have, like wind speeds and directions at various altitudes and how the jetstreams move and the underlying frontal activities and there are other tools that give us an indication of how stable or unstable an airmass is and what that might mean to us.

The atmosphere (and occasionally above) is where we work at, so we get to know it pretty well.

Yes, we want to avoid it, but that’s not always possible.

Just last night we flew into Dallas Fort Worth airport. we had a report from an airplane ahead that they encountered some moderate turbulence and so we asked the flight attendants to pack up everything and take their seats and told the folks about it and exactly when and where we expected it, it bumped us around quite a bit. A few minutes later we were out of it, and while most people later agreed that it was a better ride than most of what Six-Flags has to offer, nothing came out of it.

The airplane doesn’t care, I finished my coffee before we got bounced around, so my shirt is still white and the crew and the passengers were in their seats, so that there wouldn’t be any chance for injury. THAT is our main concern with turbulence: avoidance of injuries, especially the flight attendants are at risk because having one of those heavy carts fall onto your ankle is not a good thing!

Yes, it might feel scary to you when you bounce around and you can’t see why and what is happening, and all the Hollywood stereotypes come to mind, impending doom and falls of ‘thousands of feet’ and what not:

It’s not a big deal for your flight crew at all, and it shouldn’t be for you either.