Accepting That Safety Is Relative 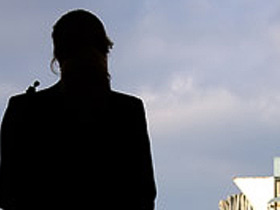 This statistical analysis was developed when traffic deaths rose sharply after 9/11, as people switched from flying to driving. In their research, Michael Sivak and Michael Flannagan used airline performance from a ten year period, 1992 – 2001. During that period, the chance of fatality was 8 in 100,000,000. During that period a flight was equal in risk to driving 10.8 miles. Currently, the chance of a flight being fatal is 1 in 45,000,000. This increase is flight safety brings the risk of flying down. A flight is now equal to 3 miles of Interstate driving, rather than eight. Since most of us drive far more than that a day, when we interrupt our daily routine and get on an airliner, we greatly increase our safety. The research is at www.americanscientist.org

Why, then, do fears develop?
When we consider doing something, we think of what could go wrong. If something goes wrong, what do we do? We feel better if we can take action, or if we can escape. But, what if there is nothing we can do? If the possibility of something going wrong is extremely low, most of us can still engage in that activity without anxiety. We figure that what has happened in almost every case in the past, should happen in our case in the near future. Thus, when we imagine how things will work out, we picture the probable result. That is not true for everyone. Some of us imagine the improbable result. It does not matter how improbable the result is, if disaster is even remotely possible, that is the result we imagine. We act as if the only way we are able to keep a disastrous result out of mind is by knowing it can’t happen. When anticipating the future, why does a person imagine what is improbable rather than what is probable? First, it has to do with security. Is there a personal history of trauma? If intollerably bad things have happened too often, expecting – and thus being prepared for the worst – is rational.

Developmental Trauma
But, many people who expect the worst are not victims of trauma. Or, are they? Some developmentalists would argue that a child’s earliest years are profoundly traumatic if the child’s attempts to relate to its caregivers are not consistently answered with an attuned and empathic response. To a young child, relatedness is everything; and when relatedness is lacking, it is the “end of the world.” A void of relatedness is at least as psychologically damaging as physical abuse or violence. It tells us we are of no value to others. Many of us went through that, and it has colored our lives ever since. If there have been far too many times in which reaching out was met with nothing – not even recognition of existing – rejection of ones existence becomes painfully embedded in the psyche. Even years later, it takes huge courage to make eye contact, or to venture to say, “Hello.” A person’s sense of self is constructed of moments of relatedness. When constructive moments are too scarce, the person’s real self is fragile. There is fear the real self will not bear up against another person’s presence. To attempt to relate to another person with ones real self is to risk its annihilation. Relatedness to others, then, may be attempted by an “invented” self, or by one “re-invented” self after another.

Thinking In Boxes
What else is in play here? Typically, a person who pictures disaster, no matter how improbable, thinks in box-like categories. To them, flying is either “safe” or “dangerous.” Safe does not mean relatively safe. Safe means “absolutely safe.” With no boxes in between, if flying does not fit in the box marked “absolutely safe,” it goes in the other box, the one marked “dangerous.” This kind of thinking is something we need to outgrow. About two-thirds of the population does outgrow this; about one-third does not.

Psychic Equivalence
A two-year-old and a three-year-old are playing together. The three-year-old suggests they pretend they are explorers a jungle where lions, tigers, and snakes await. The three-year-old can maintain — simultaneously — two modes of thinking: a reality-connected mode, and an imagination-producting mode.
In one mode, the three-year-old is in his back yard. In the other mode, he is in a jungle. A third mental activity, called “reflective function.” or “meta awareness.” monitors both modes. By observing his thought processes, the three-year-old knows the jungle scene is his own creation, and the back yard scene is based on his perception.

Being in a jungle with wild animals is exciting. Why is he not afraid? His observation of his mental processes keeps him aware that the the lions and tigers are not real. They are his ongoing creation. As such, he can stop creating them at any moment he chooses.

The two-year old has a different experience. He, too, is creating lions and tigers in his mind. But, since he has not yet developed an ability to observe his mental processes, he is not aware he – at the suggestion of the older boy – is putting them there.

When the three-year-old tells him to run because the animals about about to eat him, he runs to his mother in terror to be saved from being eaten. Typically, the mother will comfort the two year-old and scold the three-year-old for frightening the younger child with wild animals. The three-year-old does not understand. He protests that he did nothing. From the three-year-old’s point of view, what happened should not have frightened anyone.

That is how pilots feel about passengers. Pilots can’t understand why anything on the flight should have frightened anyone. Like the two-year-old – whose imagination was experienced as reality – anxious passengers may experience the plane plunging when it is not. Imagination, if believed, can be terrifying. To avoid this, what a person has in mind needs to be monitored and critiqued well enough to recognize the imagination mode when it is at work. Imagination and reality may be different. What the anxious flier has in mind needs to not be taken seriously until critique shows it to be from perception, not imagination.

Theory of Mind
Psychologists sometimes say a person, particularly a person who is autistic, lacks theory of mind. A person who lacks theory of mind does not understand that mind exists separate from reality. The person is not aware that every person has a mind which, via perception, produces a likeness of reality. Each of us has a mind that, interpreting sensory perception, constructs an internal representation “in here” of what is “out there.” What is in the mind is a partial representation. Much exists that our senses do not pick up. At no time does any person have a fully accurate representation of what exists. The representational nature of our experience of the world is expressed in Alfred Korzybski’s dictum, “The map is not the territory,” the territory being reality, and the map being what we infer. Korzybski objected to use of the verb “to be.” Because of our limited ability to perceive reality, to say something “is” exaggerates what the person can actually know. If Korzybski were dealing with fear of flying, he might say the statement, “The plane is falling out of the sky,” grossly exaggerates what the person knows. The most a person could correctly say is, “I feel lightheaded.”

The Ability To Monitor And Critique Thought Processes
The ability to reflect on, and to critique, ones own thought processes is not a capability everyone develops. In some families children are taught to think in absolute categories (“safe versus dangerous;” “right versus wrong;” “good versus evil;” “straight versus gay;” “heaven versus hell”). Critique – whether inside the mind or outside the mind – is forbidden. As a result, two important mental abilities remain undeveloped: the ability to critique ones own thinking, and the ability to think outside categorical boxes.
This lack of development introduces two vulnerabilities: inability to accept extremely high levels of safety as adequate; and inability to critique and correct thought processes.
According to statistics from 2007 to 2012, the chance of fatality when boarding a flight in the U.S. is one in forty-five million. Just as a well-developed three-year-old mind can grasp the real and the imaginary simultaneously, we as adults need to maintain — simultaneously — awareness of the two parts of any fraction, the numerator and the denominator. The two parts of the statistics fraction are:

• one, and
• forty-five million

Some persons cannot hold these two parts simultaneously in mind. Other can, but not when stress hormones are building up. For a person who easily critiques what he or she has in mind, it takes a lot of stress hormones to lose the ability to critique what is going on. But for a person who grew up in a family where thinking was absolute (right versus wrong, good versus evil, friend versus foe, safe versus dangerous), it takes only a small amount of stress hormones (or alcohol) to lose the ability to regard relative safety – no matter how high – as acceptable.

When the person looks at the forty-five million part of the fraction, there is no emotional reaction. The number one represents the likelihood of fatality. But, the person who cannot grasp statistics as a mathematical abstraction, deals with the number one concretely; he pictures one plane crash. If pictured vividly enough, the amygdala reacts and releases stress hormones. Stress hormones keep the mind focused on the crash. Since the person’s mind is fixed – not the forty-five million successful flights, but onto an image of a crash. Thus, the person’s logic extracts the idea that the plane he or she boards will crash.

Could a wild animal escape from the zoo and get in your back yard? Is it possible? Yes. Could the plane you get on crash? Is it possible? Yes. Though both situations are possible, both are extremely unlikely. Of the two threats, the wild animal and the plane, there is relatively little difference. On average, one person a year is killed by a mountain lion, 3 by bulls, 20 by a horse, and about 31 a year by dogs.
An anxious flier thinking about a crash, is like a two-year old pretending about wild animals. Imagination causes feelings. Feelings – if intense enough – can cause most of us to forget we are dealing imagination.