Anticipatory anxiety is not the same as flight anxiety 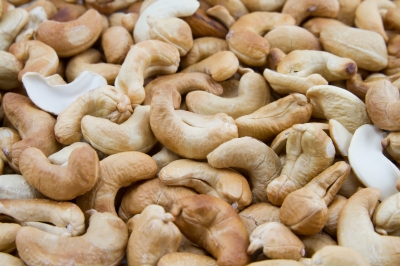 In anticipatory anxiety, you imagine the future. You experience an imaginary airplane, not a real one. Stress depends upon imagination.

In flight anxiety, you perceive the present. You experience a real plane. When the plane moves or makes a noise, if the amygdala – the part of the brain on the lookout for anything non-routine – decides to react, it produces stress hormones. You feel the effects of stress hormones as you perceive the  movement or noise. Stress depends upon the amygdala’s reaction to the the plane’s movements and noises.

Flight is easy when you simply feel a movement or hear a noise. It becomes difficult if movements or noises are experienced together with the effects of stress hormones: rapid heart rate, rapid breathing, sweatiness, tension, and an altered state of awareness.

To deal with flight anxiety, I teach clients to train the amygdala to ignore the plane’s movements and noises. Flight is stress-free.

1. Stop thinking about the flight. You have decided flying is a safe enough thing to do. You don’t need to rethink it. That is easier said than done because a single thought about “what if” can release stress hormones which take control of your focus. The stress hormones keep you focused on the disaster. Break the vicious cycle (thoughts cause stress hormones which cause thoughts which, etc.). Use the 5-4-3-2-1 Exercise.

Now, does that make sense? Not really. It is just a play on words that involves entangled logic. While your mind works to untangle it, anxiety-producing thoughts stop and anxiety is reduced. My first exposure to reframing was a workshop in which participants were invited to think of something they didn’t like and put it into a statement. One statement offered was, “I don’t like New York because the air is so bad.” This was responded to with, “New York has such an air about it.” The mind has trouble processing two meaning of the same word at the same time.

Here’s another. What if there is turbulence?” A reframe would be, “The best place to be when there is turbulence is in the plane, because the wall of the plane keeps the turbulent air from coming inside.” This mental slight of hand shifts the person’s focus to the implication that the turbulent air is a threat only if outside the plane, and being in the plane protects you from that. The confusion defuses the anxiety-producing thought.

“What if I have a panic attack?” A reframe might be, “Attack panic. Get out your sword and charge at it.” Imagination has trouble finding anything to stick the sword into. When no target can be found, even in imagination, the threat bursts like a bubble.

Another turbulence reframe is to assume the route to your destination airport contains a specific number of bumps. Though you don’t know how many there are, the number of bumps is already established. So, instead of hating it when you feel the plane bump, count them. Each one you count proves there is one less bump ahead which means the plane is one bump closer to landing. You want to land, right? So bumps are your friend. Each one proves you are getting closer to where you want to be.

“When the door closes, I feel trapped.” A reframe might be, think of five places you are glad you are not. Though being on the plane is not your ideal place to be, it is a lot better than being at the North Pole without a parka, up to your chin in quicksand, in the ocean being circled by lots of shark fins, in an elevator falling from the top of the Empire State Building, or being held up at gunpoint on the street. But don’t use mine; come up with your own. Coming up with your own makes this particular reframe useful.

“What if my flight is really turbulent?” A reframe may be, “I need to have a flight so challenging that I will know no flight will ever be worse. That will let me prove the exercise that controls flight anxiety will work every time, no matter what. Then I’ll know I will never have to have fear this again.”

Here are a few more reframes that may be helpful against anticipatory anxiety.

Statement 1. “What if when I ask to meet the captain, the personnel make fun of me or think I’m nuts?”

Reframe 1.”Am I nuts? The only people who are nuts are sure they aren’t. So the fact that I think I might be nuts is a testimony to my not being nuts. But since most people think they secretly that they maya be nuts – and are sure other people are – I’m solidly in the club.”

Statement 2. “What if the captain won’t meet me and he thinks I’m nuts?”

Reframe 2. “That’s a good reason to ask to meet the captain. If the captain is so nuts that he thinks you are and he’s not, he’s too nuts to fly with. Take a different plane. Would that cost you extra money? Maybe, but would you fly with someone you know is nuts to save money?”

Statement 3. “What if the stress is too much and I lose my mind?”

Reframe 3. “Everyone who is normal worries about losing their mind. People who don’t worry about losing it, have.”

Statement 5. “I’m afraid of not getting a seat near the wing of the plane.”

Reframe 5. “Flying in the worst seat lets you find prove you can handle any seat on a plane.”

Reframe 6. “Planes are all the same size to the air. Why? The air molecules under the wing exactly fit the wing, no matter how big or small.”

Statement 7. “I’m afraid there will be a rough takeoff.”

Reframe 7. “Takeoff is always rough while on the runway. It gets smoother upon leaving the runway, and even smoother the higher above the runway.”

Statement 8. “I’m afraid the landing will be rough.”

Reframe 8. “The closer the plane gets to the runway, the less latitude the pilots have to fly around bumpy areas. Increased roughness means you are getting close to the runway.”

Statement 10. “A weather forecast is calling for severe weather between here and my destination.”

Reframe 10. “Severe weather is near the ground, not high up. That’s a good reason to be high up.”

Statement 11. “I’m afraid of flying to Florida where they have thunderstorms and major turbulence is possible.”

Reframe 11. “That’s one thing you can always count on: that something is always possible. But the plane will be fine. It doesn’t have trouble with possibilities.”

Statement 12. “What if I pick the flight that goes through Chicago? That’s such a busy airport.”

Statement 13. “What if  I pick the wrong flight and it kills us?”

Reframe 13. If it kills you, how would you know you picked the wrong flight?

Statement 14. “What if there is a mid-air collision?”

Reframe 14. “How would you ever know about it?”

Statement 15. “What if I am listening to air traffic control and I hear ‘mayday’?”

Reframe 15. “Record it and email it me about it because in thirty years of airline flying, I never heard that.”

Again reframes are just useful to break up a fixed focus on disaster. Though reframes won’t cure fear of flying, one more reframe needs to be thrown in as a master reframe. According to a Bloomberg.com story, “The risk of a fatal accident in commercial aviation has been reduced to 1 out of 49 million flights over the past five years, from 1 in 1.7 million flights from 1975 to 1989, according to NTSB records. That’s a 96 percent decrease in risk.” I know every anxious flier wants 100.0% safety, but a 96% reduction ain’t bad.