Are All Airlines The Same? 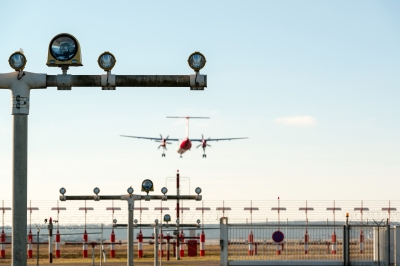 First, why should YOU choose an airline? Aren’t they all the same? Don’t they operate under the same regulations? Doesn’t the FAA insure your safety? The answer to all those questions is: no.

Airlines are not the same; some have had many years to develop their training methods and facilities, to build maintenance facilities and train a dedicated staff of professional mechanics, pilots, reservationist, and flight attendants.

No, they don’t operate under the same regulations. Some comply only with government regulations – when they can’t get around them; others have their own higher standards.

Some schedule pilots without regard for anything but profit as if a pilot is a machine which can be operated most efficiently if made to work every possible moment. Others – not out of generosity – but because unionized pilots made it happen, have more humane schedules.

People tell me they can’t believe airline executives are willing to risk a multi-million dollar airplane by pushing safety past the limit. First, airline executives don’t know much about safety; they are neither pilots nor mechanics. They are “bean counters” and management school graduates. We need “bean counters” and management school grads to help us run businesses efficiently, but they are not experts in safety.

Second, under competitive pressures to survive, management has been forced into extreme cost-cutting. The captain must retain the authority to accept or reject a plane due to maintenance. Anything else compromises safety.

The FAA cannot be relied on to protect you; the FAA is a political organization. When the FAA actually does something to promote safety, those of us in the industry are surprised.

When choosing an airline, there are several factors to consider if you care – not only about the lowest possible fare – but the safest possible travel.

1. Does the airline have its own maintenance and training facilities? Or does it outsource maintenance.

When an airline has its own maintenance, it means the mechanics who work on the planes know that when they or their spouse or children – fly on the airline, it is going to be on a plane the mechanic has worked on; that is a powerful incentive to do the job right. At present the only airline in the U.S. which still does all its maintenance is American Airlines.

2. Does the airline have a pilots’ union? If the captain has a union to back up safety decisions, the captain does not need to worry about being fired due to refusing to fly a plane with questionable maintenance or refusing to fly when too fatigued to fly safely.

Regarding fatigue, a recent study show that after only 17 hours of coninuous wakefulness, humans are able to perform with the same level of skill as a person with a blood alcohol level of 0.05 percent (0.04 is – according to FAA regulations – illegal for a pilot).

Do not fly an airline – if you want to maximize your safety – unless it has a pilots’ union. When it comes to major European airlines such as British Airways, Air France,

etc., all have strong pilots’ unions. Here are web sites where you can check to see if a U.S. airline is listed.

The ALPA (Airline Pilots Association) website is at http://www.alpa.org/Default.aspx?tabid=183

The The American Airlines Pilots’ Union website is at http://www.alliedpilots.org

I am an FO with (deleted) airlines. October will be my 2yr anniversary. Let me shed a little light on this operation.

99% of our flights are out and backs. Does an out and back from ORD to St. Lucia sound fun to you? (11:50 block..15hrs on duty) We bring 3 pilots since its over 8. But most of the time we can’t make it back nonstop. Gotta stop in Nassau for fuel so now that puts us over 12hrs which means, they will staff it with 4 pilots. The company DOES NOT block seats in the back for us. Many times you will find yourself sleeping on the cockpit floor (no kidding). Our schedules are a nightmare. 15 days off…yes…..days off grouped together…NO… You will find many times in your schedule where you will work 3 days, 1 off, work 1, 1 off. If you commute, plan on not

getting home for 14+ days. Our Chief pilot has been begging our COO to run 2 more classes right now and he said NO. They will use captains to cover FO trips. He have pilots leaving left and right.

Airline accidents are rare. So, if an airline has flown accident-free for a million flights, that doesn’t prove much at all when accidents happen only once every 10,000,000 to 20,000,000 flights.

Qantas is often cited as the gold standard of airline safety since it has had no accidents (at least, in modern times). But Qantas has only flown just over one million flights. Contrast this with the idea that Alaska Airlines is unsafe since they crashed six years ago. But that was Alaska’s only in six million flights. Who is to say what the situation will be at Qantas when they have flown six times as many flights as they have so far?

JetBlue has only flown about one-third of a million flights. As I see it, this is not enough flights to be statistically significant. But, then the same thing could be said of Qantas.

So, in answer to the question, is it OK to fly JetBlue? JetBlue is not at the top of my list (American, Continental, Delta, Hawaiian, Northwest, Southwest United, USAirways), all of which are airlines with a long track record and a pilot’s uniion. But Blue is not at the bottom of my list, either.

8. A Brand Name Can Mean Something

Is the brand name well enough established that to abandon it after an accident would impact the company negatively? If a brand name means a lot, corporations can’t afford to take the same risks that a new airline — with a new name — can. Helios Airways, the Cypriot airline that crashed, and changed its name, is now going out of business. Following its crash, there was a public outcry in Europe for more government oversight. People had gotten used to the idea that airlines were all reliable; new airlines which were not reliable exploited that view. I need to remind readers that you should not blindly trust corporate management, and that includes the corporate management of airlines. There are many psychopaths at top jobs in corporations, and they only behave themselves if they know they can be held accountable.

The way you and I can hold airline management accountable is not to fly airlines which exhibit behavior that shows they don’t hold themselves accountable.

I flew with the airlines for thirty-one years at a time when planes were not nearly as well-designed and well-equipped as they are now. I know literally hundreds of pilots and hundreds of flight attendants, all of whom flew several days every week, all over the world.

And yet, I do not know one single pilot or one single flight attendant – of all those people who spent their entire adult lives in the air – who was even scratched in an accident.

That is how safe it WAS. Now, when you choose a third generation jetliner flown by a reputable airline with pilots whose safety decisions are free of intimidation, you are safer in that plane than you are on the ground doing your own daily routine.