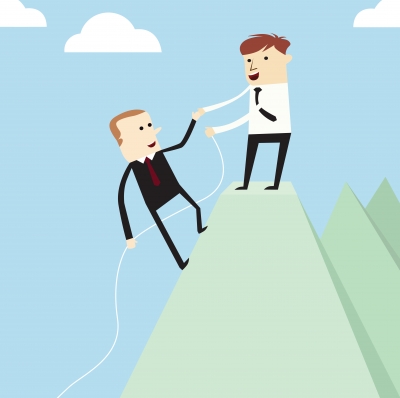 Theorists believe it matters how early in life betrayal takes place. When it takes place early in life, betrayal is not just “no big deal” because it happens to all of us once in a while. Rather it is a very big deal because the person we found we are unable to trust is one of the persons our life – or our quality of life – or our quality of relationship – depends upon.

When betrayal happens early, it is not just an isolated event, but an ISOLATING event; an event that causes us to isolate ones self from trusting others. It creates a life-long domino-effect.

And anticipatory anxiety is the result, because we have experience which tells us to never, never, ever put you life in another person’s hands.

Well. What is the antidote to that? There are two parts. One is preparation. Do some journaling, some writing down of the times you have been betrayed. That’s a tough assignment. As tough as it is, that is only half the job. The other half of the job is to write down the feelings you experienced, the bitterness, the pain, the lack of caring, the abandonment the betrayal by another caused. These two things need to be tied together: the facts and the feelings. Facts alone provide no healing. Healing comes when facts and feelings become intimately connected. If, as you do this, you find it overwhelming, then break through the isolating effect of betrayal and find someone – a friend or a professional – to talk about this with.

That’s the preparation part. The other part is participation. There are different levels at which trust makes sense. The highest is empathic atunement and connectedness. Empathic atunement and connectedness is where another person tunes into you and can feel what you are feeling. A person who feels your feelings cannot hurt your without also feeling the pain. That is the highest form of trust.

The next highest form of trust is identification: another person identifies with you, and because of that, does not want harm to come to you.

The next highest form of trust is affiliation: you and another person or persons are part of the same group.

The next highest form of trust is contract: an agreement, a treaty to not harm the other person. A treaty may simply be ones word of honor or it may involve enforcement of one kind or another.

The next highest form of trust, is not very high at all: it is domination-submission; you control others, or others control you. The dominant party makes the demands, or the submissive party complies with the demands.

And the next highest form of trust is isolation: trust yourself and no one else.

The higher up you are in the hierarchy of trust, the less difficulty with anticipatory anxiety.

The lower in the hierarchy of trust, the greater the difficulty with anticipatory anxiety.

Generally, the level of trust we operate at is the highest level we believe exists. For example, many psychologists believe the highest level of trust is identification because they, being intellectually oriented, have never had the experience of tuning into another person and feeling what the other person is feeling. In fact, when I was in training to be a therapist, I was told never to say “I know what you feel”. I was told to do so is impossible.

But people who do have the ability to tune in to another person and to be tuned into, do know – out of their personal experience – than empathic atunement in which one feels what another feels is possible.

In fact, that is the essential means by which we become truly human. As infants, we all have a native ability to attune to people.

However, when those entrusted with the care of an infant do not know how to tune into the infant, the infant – in time – may give up, and lose the ability to grow to become fully human.

Most of us still do have an ability to tune into others. Get on the plane. Meet the captain. And tune in. What do you FEEL meeting this person? I believe you will experience a profound feeling of trust, enough to make a huge difference in how you feel during the flight.