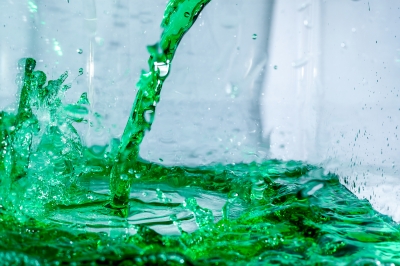 As we grow, we come to understand that the world is not so simple, and that it contains uncertainties. If our parents have given us an ability to face uncertainties with reasonable calm, we are OK with the world being more complex. We are OK with probabilities instead of certainties. But if our parents could not teach us how to calm ourselves, this more complicated world causes us more anxiety than we can handle. Some people slide back into the less complicated world, and limit their relationships to people who also are developmentally arrested. Others, find — though their internal strength to deal with uncertainty is limited — they can deal with the world as it is when calmed by others, and when in control.

When these underpinnings of our ability to regulate emotions are pulled out from under us, we can lose our ability to regulate emotions. When that happens we are pulled from the uncertain world of probability toward the primitive world of oversimplified certainty. How do we lose these these underpinnings? Flight takes them away. When we are lifted off the ground by the airliner, we lose the calming connection to others, and we lose our ability to control. Unable to regulate our emotions, we slip back into that oversimplified world of ‘safe’ and ‘unsafe’. Unfortunately, instead of falling into the ‘safe’ half of the ‘safe versus unsafe’ world, we fall into the ‘unsafe’ half of it. This creates a crisis. We want out of the ‘unsafe’ half of the ‘safe versus unsafe’ world.

Unfortunately, the only answer we see at the moment is assurance of absolute safety. And, unfortunately, we can’t get there from here. We have become psychologically primitive again. We want certainty. Nothing short of absolute safety will do. As we approach an upcoming flight, we want certainty that it will not crash. Though the chances of it crashing are incredibly small, that isn’t good enough. Anticipatory anxiety is an ongoing search for certainty which finds none. Unable to regulate our emotions enough to deal with the one chance in several million of a crash, we seek a way to get rid of the one in several million.

If you have the SOAR Video Course, you may remember the ‘1000 moment life’. Briefly, it is a fable about a little animal that lives in the ground. It is going to live a total of 1000 moments. But it doesn’t know that. So, every moment, it pops up its head and says, ‘Is this the last moment of my life? Am I about to perish? Or is it safe for me to go out and sun myself? And the answer is, he doesn’t know. So, insecure and frightened, he zips back underground to the dark. The next moment, he does the same thing, and the same thing happens. This goes on for 998 moments. Finally, on the 999th moment, he goes up and looks around, and again asks, ‘Is this the last moment of my life? Am I about to perish?’ And finally God answers and says, ‘Yes’. The little creature says, ‘Oh thank God; now I can relax and enjoy my life’ Then, the 1000th moment arrives, and he is dead. Of the 1000 moments of his life, he only got to live one, always looking to the future, and never living, . . . until there was no future. Then, knowing there was no future to worry about, he finally relaxed for a single moment, and then, in the next moment: dead.

Similarly, the Tristan and Isolda story: they drink a ‘death potion’ and then realize this is the last moment they are going to be alive. All their fears of the future vanish, because there isn’t going to be one. They look at each other, and fall madly in love. They spend this last moment of their lives together in a night of passion. They — amazingly — wake up the next morning and realize the death potion was a fake. They again are overtaken by anxiety about life, and fall out of love. Life simply doesn’t get lived when it is no adventure and all control. As Helen Keller said, ‘Life is a great adventure or it is nothing.’

What we found in developing the SOAR Program is that what works with fear of flying is to experience flying — not as you imagine it to be — but as it is. Imagination is the problem, but only when you believe it is really what is happening. When you move from imagination-believed-to-be-reality to reality, flying problems vanish. The key is getting underpinnings that will not fail you when you fly. Think of things from a statistics point of view. For example, take 1000 people. Measure how tall they are. Put a dot on a graph for each person’s height. There may be one person who is well under five feet. That person’s dot will be at one extreme end, all by itself. There may be one person who is seven feet tall. That person’s dot will be at the other end, by itself. But most of the dots will cluster together around the middle, with a dot representing another person of the same height placed above the previous dot. This produces a cluster in the middle of the graph which is high. What I’m describing is the classic “bell curve.

Now let’s switch to observations made by psychoanalyst Melanie Klein. As she saw it, an infant starts with just two possible worlds: when an infant is happy, the infant is in a state of absolute happiness, a sort of infant heaven. But when upset, the infant is absolutely upset, in a kind of infant hell. The technical term Klein used for this early and primitive pair of absolute worlds doesn’t translate well. Let’s call it the “primitive world of absolutes”. For a while, things continue to be absolute: either absolutely wonderful or absolutely terrible. As a young child matures, the child develops the ability — when things are good — to remember that things are not always that way. Melanie Klein noticed that after a few months, infants become a bit sober. She figured that infants, at that point, realize there was a “fly in the ointment”. When happy, they no longer were absolutely happy, because they are aware that things change. Things can get unpleasant. This recognition keeps the infant’s happiness from being absolute. This is an important — but unwelcome — step toward maturity. I wish Klein had given this sober state a better name; she called it the “Depressive Position”.

Since it doesn’t sound like something that great, let’s call it something else. I prefer to call it the real world, or the “bell curve” world. Mature and psychologically healthy people appreciate the world as it is — at least much of the time. The young child is just beginning his or her journey from the world of absolutes toward the real world. It is not always a journey one wants to take. Klein noted that even the healthiest of us don’t stay in the “bell curve” real world, where we see things exactly as they are. We slide, from time to time, down into one of the worlds the infant started out in: heaven, or hell.

Here are our four possible worlds: In the “primitive world of absolutes” there are two worlds: heaven and hell. Then there is the “bell curve” real world as it is. That makes three worlds to live in. The fourth world is transition. It could be on the way from the “primitive world of absolutes” to the “bell curve” real world, or visa versa. Or it could be just stuck there in a state of extended transition, unsure and ambivalent about which way to go. We don’t like any of these worlds — except heaven. But there is a problem with heaven. It is a schizoid state. What is a schizoid state? Schizoid means “split”. In order to be in heaven, you have to be pretty blind to the way things are. The blindness that keeps a person in a heaven-like state involves something called “splitting”, a psychological wall that divides our experience so we can pretend half of it does not exist. It keeps everything that is heavenly on one side of the wall, and everything that is not heavenly split off into on the other side. Bad things exist, but not here. Or, the other form of blindness is called “denial”; bad — at least as far as one is concerned — just doesn’t exist at all. This isn’t very easy to carry off. Nor is it psychologically healthy. But we are, to say the least, a bit addicted to heaven.

People who don’t have the resources are lucky; they just get to live tragic lives, using their resources and talents up, with only falling short to show for it. Amazingly, people who have the resources to try to get there and stay are more unfortunate: at some point on the quest they overdose: Curt Colbain, John Belushi, Elvis Presley. Though it may be asking a lot of us, I suspect we need to see all four worlds, and choose one — like the Sims clothing store ads say — as an “educated consumer”. No doubt the best POSSIBLE one is the “bell-curve” world. But the ability to make that choice isn’t easy. Until we make that choice in a committed way, and learn to manage anxiety in the real world, anxiety will remain an issue. What does this have to do with flying? Everything.

We said from the beginning that the purpose of the SOAR program is to rehabilitate our ability to experience flying just as it is. We need to experience each moment of flight as a moment in the “bell curve” real world. As soon as we start wishing for it to be perfect, we yearn for that “primitive world of absolutes” heaven in which there is no turbulence at all, or in which everything is absolutely safe, or in which a person feels nothing disturbing at all. Inevitably there is a “fly in the ointment”. Inevitably there is a pea — imagined or real — under the mattresses of denial that presses through. The “bell curve” real world is highly recommended. Are you ready for it? Or, are you still stuck yearning for “primitive world of absolutes” heavenly flights?