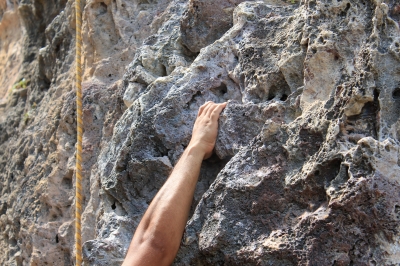 I’ve often been amazed when people don’t accept the help that it took years to develop and perfect, in preference to doing something on their own which brings only meager results. But it makes sense. When there is difficulty regulating emotions, it is due to a failure of early relationship (causing distrust) and being in control ones self is seen as a natural answer to anxiety.

Control is not a natural answer to anxiety; security is, and control is what is resorted to when ones internal ability to regulate emotions isn’t working well.

So, there is distrust of what experts have to offer, and control on ones own – with meager results – is better than great results any other way.

There is good reason to get a handle on ones need to control; there never is enough control to extingish anxiety, and when anxiety leads to control of others, relationships suffer.

In addition, anxiety causes the release of stress hormones which wreck the immune system, and lead to illness.

The SOAR Course is just for one area of anxiety. A person who needs to control in order to regulate emotions/anxiety should consider professional help, learn relaxation, practice yoga, exercise (without being controlling about it). Success with anxiety is HIGHLY UNLIKELY unless one can give up control of the project, to a therapist or coach.

Captain Truman ‘Slim’ Cummings, who started the fear of flying program at Pan Am back in 1975, used to tell this story: a man was standing on the edge of a cliff when the earth under him gave way. He began falling into an abyss, but somehow was able to grasp onto a tiny root growing out of the side of the embankment where he was sliding toward his death.

And he heard a voice, ‘Yes, do you need help?

And the man say, ‘Oh, God. Thank you, thank you for answering my prayer. What shall I do? I’ll do anything you say. Just save me.’

The man says, ‘Then tell me what to do.’

The man says, ‘You mean let go of the root.’

The man, unable to do what God instructed, then says, ‘Is there anybody else up there?’

Capt Cummings truly broke the code of the problem. The answers he had were helpful for many, but not everyone is able to accept the advice: ‘let go’.

Fortunately, after working with Capt. Cummings and his program, I was able to find ways of helping people who, like the man, want to know, ‘Is there anyone else up there?’