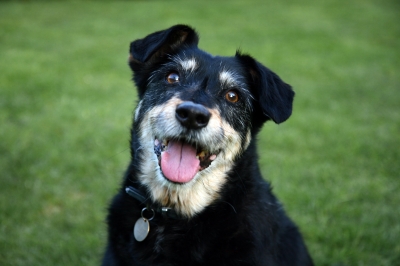 Freud wrote about it, and what he said is interesting. He said, the problem with trauma is, the first time you have one, since you never had one before, it comes as if ‘out of the blue’.

Since it completely unexpected, and since it is something you didn’t even know existed, it hits you hard in two ways. One is, you feel you can’t handle it. You can’t just go through life knowing that at any moment, trauma could hit. What do you do? You expect it. By expecting it, you are — sort of — ready for it. You are ‘braced’ for it.

So it sets up a massive insecurity. What do we do about it? Well, already we have decided to expect disaster at every turn. But is that the best we can do? What if we get scientific? Let’s consider cause and effect. Maybe if we can figure out what caused the trauma, we can find a way to keep it from happening again.

So, to investigate cause and effect, we ask, ‘What was going on just before the trauma hit? Let’s see . . . Hmm . . . I was relaxed. Yes, and I was happy, and I was completely unaware that anything could go wrong. Ah, hah! That’s it! Being relaxed and happy and unaware anything can go wrong causes disaster. Stop doing it!’

And guess what. You stop being happy, you stop being relaxed, and you stay aware that something can go wrong. If you continue to live (which you have), you have proof that it works. (Of course if you stay unhappy, tense and anxious and die, then you ‘know’ it didn’t work, but people who find that out are not around to tell us it didn’t work.)

The dogs next door are inside a radio controlled fence; the property has an antenna wire around it and if the dogs get too close, the radio on their collar triggers them to get an electrical shock. So they don’t run off the property.

But they still chase cars. When a car starts to drive by, and of course, you and I know they car has no intention of stopping, the dogs race to the front of the property and start barking. The do this as the car is approaching, as the car is getting closer. So they get even more agitated. They bark more ferociously. By now the car is alongside the property. It keeps going. It is no longer getting closer. It looks like it is working. And yes, indeed, the car goes on up the road, keeps going farther and farther from the property as the dogs continue barking until the car had gone out of sight.

They are proud. They chased the car away. It works every time. So does being anxious.

What the dogs do makes perfect sense to them. And it makes perfect sense, in some way, to you, too. But why? Because though trauma does happen to children prior to the age of five, we don’t remember the facts surrounding the trauma. So it isn’t until about the age of five or six that we have that first trauma (it isn’t the first; it is just the first remembered trauma) and turn to the logic that a five-year old has available to him or her, to try to deal with the problem.

And now, even though you hear me say it is the logic of a five-year old, you are afraid NOT to use it. As you say, it is deep-rooted. But consider how and why it is deep-rooted. By using this strategy for years, you have made an extreme investment in the form of happiness relinquished in the interest of safety (or the illusion of safety). You have made a heroic and dedicated investment by maintaining a constant vigil.

Barking at disaster has become your very identity. To give up the strategy would mean having to redefine who you are. You would have to begin to realize that you do not control disaster by staying anxious. You would have to realize that you are not a hero who has kept yourself safe through this self-sacrifice. It is not just your life that is at stake; your very identity — who you are — who you conceive of yourself as — is at stake. Even if giving up the strategy doesn’t cause a physical disaster, it threatens a psychological disaster: loss of self. If that doesn’t translate well, think of what we have heard that in some cultures, people cannot lose ‘face’. It’s the same thing. Your sense of self would be damaged, or so it appears, if you were to fully recognize that something you have stood for and dedicated yourself to is worthless.

It is tempting to continue this identity. You can continue it. The dogs next door certainly will. But our dog has a different identity; she never chases cars. Why? Because she was never given an electric fence in which to run off her leash and chase away the threatening cars. When our dog goes out, she is with my wife, and is on a leash. My wife never showed the dog any fear of cars. My wife didn’t bark at them. My wife didn’t chase them away. So our dog, at this point, even if let off the leash would not chase the cars, nor even bark at them.

The dogs next door are heroes who, every day, protect our neighbor from cars. They stand vigil. They are dedicated. And no car has ever dared to come upon the property and crash into our neighbor’s house.

This of course makes perfect sense. And yet, it does not instantly change your emotional reaction to protecting yourself from disaster. It is so hard to give up something that has served you so well, though the service is 100% illusion. Or is it. Is there any time when expecting disaster has actually saved you? If there is, if there has been even one time when expecting disaster has saved you, then maybe it is better to keep doing what you are doing.

So, if there is just one time when you have saved yourself (or even believe you did), it will be all but impossible to change what you are doing. No matter how much you want to relax and be happy, as soon as you do, you become afraid that to be relaxed and happy will mean your death.

Also, put a cartoon character on the plane, and have them worry that by their being worried, it may telepathically be transmitted to the pilots and cause the pilots to make a terrible mistake.

And then, put a cartoon charater on the plane, and — upon relaxing — become alarmed and start worrying.

In each case, take your focus immediately back to a soothing moment in which you felt the empathic connectedness with another person.

I’m also reminded of a pilot I knew in the Air Force named Leo Thorsness. I used to think Leo was the cockiest guy I ever met. But not in the usual sense. Leo didn’t brag. He didn’t have an attitude. It was just the he was just naturally present in every moment.

But now, I don’t think it was cockiness. What I took for cockiness was this: Leo was always up for any challenge. He never seemed to think twice about taking on anything at any time.

Guys who were cocky in he usual sense didn’t always win. I think, now, that their posturing about being the best at everything got in the way of their ability to some degree.

You can see some info on Leo if you search the web. Here’s a link about Leo’s appearance on a PBS program called ‘American Valor’.

PBS did a program called ‘ American Valor’ which included Leo’s story and an interview with him .

Anyway, I heard that Leo had gotten shot down, and — since no one saw a parachute — it was believed he had died. It was odd that, somehow, I simply didn’t believe it. I guess it was because, in my experience, Leo always won. I had this irrational believe that ‘nobody could get Leo’. Six years later, I was watching television news of prisoners of war who had been released after the Viet Nam war was over. I saw Leo walking off the plane.

The Power Of Positive Thinking Is Negative

At least, it is negative versus the Zen approach of ‘no mind’. Though a positive self image can take us far, it takes us only that far and then stops us. Why? Because, any self image, even a positive one uses up mental capacity. It is like having an unnecessary program running on your computer; it uses up RAM.

How Positive Thinking Can Sabotage

If you have already — painfully, perhaps — discovered that positive thinking doesn’t always work, that discovery may have led you to try the opposite: negative thinking.

The point is, it isn’t necessary to expect things to go wrong to keep them from going wrong. Expectation — whether positive or negative — gets in the way. Expectations use up mental capacity that could be used to deal with what is at hand.

When it comes to flying, you can — wisely — trust the ability and focus and training of your pilot who, after all, is in the same boat as you are. He or she does not need your help in worrying. After all, he or she is getting paid to worry about the flight. Why should you do something you are not even getting paid to do?