Fear Of Flying – Or Fear Of Feelings? 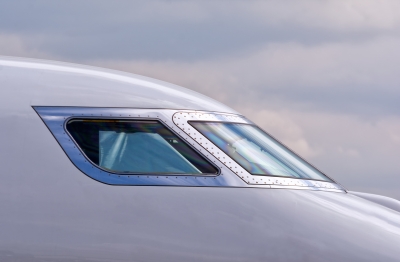 Though we call it – thanks to author Erica Jong – fear of flying, in most cases it is fear of having a panic attack on the plane.

Ordinarily, if a panic attack starts, one can take action, such as going someplace else to get away from something that is triggering the panic attack.

But on the plane, you can’t escape panic by going someplace else. Simply being unable to escape can become a trigger. Usually people cause this version of the problem claustrophobia. You feel the need to be able to escape confinement so you can escape what if something does trigger panic, and not having that option causes anxiety.

Panic is the feeling of being overwhelmed and dissociated. One thought (image, awareness, representation), no matter how awful, is NOT enough to – alone – cause overwhelming feelings. If this is not thoroughly understood, see the “free video” at www.fearofflying.com.

For example, terror in childhood caused by such simple things as being left to cry ones self to sleep causes the child, before falling asleep, to go into a dissociated state in which there is no sense of connectedness whatsoever. It is as if one is in outter space and nothing exists. For example: dreams of falling endlessly and never hitting bottom are an expression of recalled dissociative experiences. This connects with flight anxiety during cruise as one feels no connection with the earth, or feels there is a risk of falling and falling and experiencing overwhelming terror.

The very experience of being overwhelmed is a dissociative state, and – in my opinion and that of other theorists and researchers – it does not occur without being caused by inadequate parenting. People become upset with me for what they see as blaming parents, but parents are only human and can only do what they themselves are equipped and trained to do. Thus, generation after generation, being poorly equipped or trained to parent is passed on again and again and again. This inadequacy results in an early childhood of terror. So, most of us do not learn to regulate emotions very well. Emotions can be overwhelming, and so are run from. We learn to use dissociated states because to have an emotion at all is a threat of having an overwhelming emotion.

What I have been leading up to is this: since a dissociative state is so strongly associated with terror, that anything that is representative of dissociation can trigger panic. This is why people fear the part of flight that is physically the safest. The physically safest part of the flight is the most emotionally unsafe, and that is when the plane is – we might say – dissociated from the earth, which causes you as the passenger to experience feelings of disconnection, powerlessness, dissociation, extreme and profound aloneness and isolation.

If you would like to do some work on this, you need to learn the basic Strengthening Exercise which is the key to getting rid of panic.

A DESCRIPTION OF THIS PROBLEM

First, I’d like to thank you for the three or four counseling sessions we’ve had over the years. They helped me to go from weeks of anxiety before a flight, frequently not sleeping at all the night before, and sometimes even opting not to fly at the last minute, to a more normal mild and manageable anxiety sometimes (and other times none at all).

After working with you, I had pretty much conquered my fear of turbulence and was able to stay relaxed in anything up to a moderate level of turbulence. Unfortunately, a couple of years ago I experienced severe turbulence about an hour into a coast-to-coast flight. We were in a moderate chop and then suddenly the plane shook violently, up and down then side to side. The left wing then tipped and we rapidly lost altitude. I remember us dropping for a good 7 seconds. Everyone’s drink spilled on everyone else, someone was thrown to the floor on their way back from the restroom, and everyone on the plane was holding hands — even strangers. I think we all thought we were going to die.

Anyway, the plane leveled off after that and we experienced only moderate chop for the remaining 3 hours of the flight. When I was getting off the plane, I asked one of the pilots whether we had hit a wind shear and he said no, that it was just regular turbulence.

I wish I had asked him more questions to help me understand what had happened, because I am now quite terrified and uncomfortable in anything more than a light chop. I am supposed to go to France and Italy in March and am seriously thinking about canceling, partly because I just had several very bumpy flights over the holidays, and am not sure that I want to endure 14 hours of bumpiness from San Fran to Paris. The thing I most wish I’d asked that pilot was whether they banked and dropped the plane on purpose to get us out of the violent turbulence.

I know intellectually that it is extremely unlikely that a plane would be damaged in turbulence and also that the plane is most likely on autopilot, but I still have some fear that the pilot/autopilot will lose control. Also, it is just so unbelievably unpleasant for me. I avoid amusement park rides, etc. Of all the people I’ve spoken with about the experience, my friend who was a flight attendant for several years is the only person who has ever experienced dropping for that length of time. Perhaps I need more counseling, though we did talk immediately after the incident. Feel free to post this but please do not use my full name.

WHAT WE CAN DO ABOUT IT

The most important thing to absorb from your encounter is that the captain regarded what you – and some other passengers imagined (please underscore that word: imagined) was life-threatening was ‘just regular turbulence.’

Once you take that in, you may say, ‘Well that was so terrifying, that I can’t risk exposing myself to regular turbulence. . . if it was regular, it will happen again.’

What can you do to disconnect terror from the regular, from the ordinary?

As for the wing dipping, from my point of view, that means nothing; the plane simply rights itself just as a sailboat is righted by its keel.

As to dropping seven seconds, you were NOT free-falling, but feeling some lightheadedness due to some downward motion caused by downward flowing air, and – in turbulence – we DE-SENSITIZE the autopilot – we make it react NOT MORE BUT LESS because the movements up and down will pretty much average out. So we let the autopilot WAIT and see if the movements will average out, and only when they don’t after a few seconds, then the autopilot make an adjustment to bring the plane right back to where it was.

All in all, I’ll bet the total displacement from its assigned altitude was no more than a dozen feet, though it may have been perceived as thousands, it just isn’t. As the pilot said, ‘regular turbulence’ and I’m saying ‘regular adjustments’.

The Strengthening Exercise and the Jell-O Exercise (with the 5,4,3,2,1 as a backup) have helped thousands regain control.