Hollywood Of The Mind 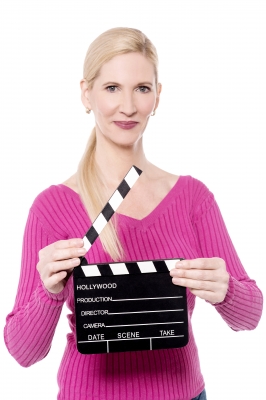 A fearful flier once told me she didn’t want to worry unintelligently, and thus wanted to know when – during flight – was the best time to worry? There really is no good time to worry.

But of all times not to worry, it is in cruise. And yet – because we are so visual in our thinking and in our logic, it seems ‘nothing’ is holding the plane up. Thus, with the slightest nibble of turbulence, we imagine plunging.

That is just ‘Hollywood Of The Mind’. We call it, in SOAR, ‘Going Into Your Own Movie.’

Attachment To Fabrication As If It Were Reality

If you can recognize your own fabrication as you own fabrication (rather than insist it has validity and thus that your fears make sense) you have a chance of seeing through your own B.S. (Have you noticed how easy it is to see through someone else’s so long as it isn’t about flying?)

Plato’s Myth Of The Cave

Plato believed we humans live in illusion, and are so attached to illusion that, if given the truth, we will reject it. In the Myth Of The Cave, Plato asks us to imagine we live in a cave, where there is a slit high on the wall through which light enters. Outside the cave, there are beings who walk in the sunlight, free. Light – and their shadows – enter through the slit, and are cast on the wall of the cave.

Plato proposes that the cave-dwellers learn to think of reality as composed entirely of what is projected on the wall of the cave, the light and shadow of those living outside in the real world. He says, if given the opportunity to live outside the cave in full reality, the cave-dwellers will reject the fuller reality in the sunlight outside the cave in favor of the limited reality of light and shadow within the cave..

Reality is elusive. But it is something I think we all should have a continuing quest to grasp and hold onto. I’m odd like that. I don’t find many people who are interested in reality. For those of us who are, neither the media nor the government are of much help. Nor are alcohol or drugs. They nourish our preference for fantasy over reality.

Which brings to mind the question: how many of us really want reality anyway? Maybe we want to hide out in illusion.

It amazes me how much success can be built upon a bubble. It amazes me how much success – be it in business or politics – can be built on exploiting naivety. Apparently it is no accident that one of our most beloved Presidents was possessed by Alzheimer’s and made decisions based on astrology. Apparently we can maintain what passes for success day in and day out – on the ground – by meticulous maintenance of illusion.

Pilots can’t afford illusion. Though B.S. may get a person far in life on the ground, it only puts pilots six feet under ground.

Passengers, though, can afford illusion. But there is a price. Illusion – which is so attractive on the ground – bites when in the air. Illusion in the air causes one to experience crashing even when the plane is (because the pilots are not in illusion) flying just fine.

Which bites more? Reality or fantasy and illusion?

To avoid illusion when flying as a passenger, is it necessary to give up illusion in day-to-day living? Or, can we live with our heads in the clouds during our daily on-the-ground routine, and then – when boarding the plane – switch to reality?

As Camus asked in the opening pages of ‘The Rebel’, ‘I want to know if man can live without illusion.’ Can you? Can I? And do we want to?