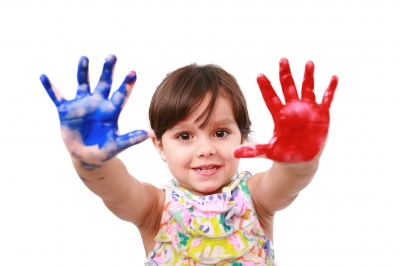 When it comes to children, parents are so easily focused on intelligence and learning. What is grossly overlooked is that no amount of intelligence or learning can be put to use without emotional development.

It is very naive indeed to think that you can hide your fears from your children and that will keep them from developing phobias, phobias, and anxieties. It isn’t that way. Emotion development is taught unconsciously. There is very little a person can do to keep from passing their own level of emotional development to their children, unless,that is, they do one of two things:

Mentalization (sometimes called mindfullness) is the ability to use the mind maturely. Mentalization has an enemy, and that enemy is anxiety. When calm, it is easy to use ones mind. When anxious, it becomes difficult. And in high anxiety and panic, mentalization simply stops and the mind shifts back to the level of wisdom possessed by a two year-old.

What the two year-old is stuck with is what we call “psychic equivalence”, which is to say, whatever is in mind is real. As adults, our mentalization lets us know that not everything we have in mind is real. And that works fine until what? Until we get anxious. When the level of anxiety reaches a certain level, we no longer can remember that what is in the mind MAY not be what is really happening.

This happens time and time again in turbulence. You can remember now, sitting on the ground, that I have told you that turbulence is not a problem for the airplane. But when you are in the air, unless you have the Strengthening Exercise to keep anxiety in check, the anxiety you feel can reach a level at which the plunge you are worried about shifts from a worry to a reality.

Here is a way to conceptualize how mentalization sinks under the weight of anxiety. In your bathroom toilet, there is a device that floats on top of the water. When the water rises to the proper level, the float shuts off the water. But the float is small enough that you could, with your hand, push it under the water.

Think of the float as your mind. Normally, it floats on the surface of the thing you deal with and you are able to do mentalization just fine. But when anxiety reaches a certain amount, it is like a lead weight hanging from the float. Enough anxiety — like enough weight — can pull the float under the surface of the water, and your ability to mentalize drowns. When it does, you become like the two year-old and whatever you have been pretended shifts and becomes real.

This is what happens when people allow anything at all to connect them to disaster. For example, someone called yesterday to say that there was an incident in which a plane had to make an unscheduled landing due to a problem. I explained the problem to him, but he said, “That is the same flight I’m taking”. No, it isn’t. That flight is finished. The flight he is taking is, indeed, the same flight number, but the number in no way connects him to any possible risk on a flight of the same number the day before. Yet, any association at all becomes something that can connect a person to danger when mentalization is overwhelmed by anxiety.

The trick is to be able to maintain mentalization. That is what the Strengthening Exercise is for. It stops high anxiety and panic before it can start, and makes it possible for your mentalization to continue.

Now we can return to the reason why it is important for a person to complete adequate emotional development before becoming a parent. When you, as a parent, do not have adequate emotional development, the anxiety of having a child can weigh down your ability to deal with the anxieties of parenthood. Then, daily emergencies cause even greater stress. For the child to develop emotionally, the parent must remain calm and poised. That simply is not something that can be faked; it has to be built-in. If it isn’t built in, you will not be able to build it in to your children without help.