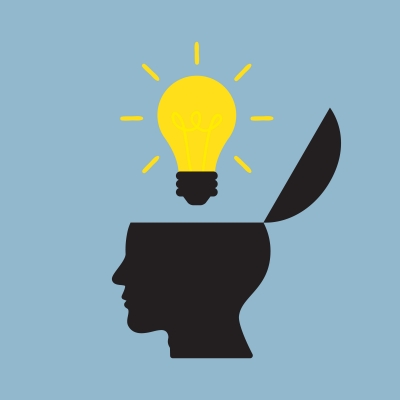 The Following Was Posted On The Message Board . . .

I’ve known I’ll be flying . . . for . . . months. I have been getting a lot of great info off this site . . . . I really thought I was going to be OK but now am starting to freak out. It’s like I’m waiting for someone to say something that makes me finally realize that flying is safe but to this point nothing is calming my fears.

Since you have been waiting for that one thing that lets you know . . . let’s try it.

There is a phenomenon in psychology which works like this: ‘If it is in my mind, it is in the world.’ When we imagine something we know that it originally came – at least in part – from ‘outside’ reality.

But, it does NOT mean that because we imagine it, it is the same thing as reality.

And yet, it is easy to set up an ‘equivalency’ between thought and reality. It is easy to thing what we think and what is real is one and the same. It is to draw equivalence between ‘inside’ imagination and ‘outside’ physical reality.

Connecting what we think with reality is a connection that needs to be understood as faulty. It then needs to be broken. And we need, then, to manage our thinking to be on guard for that error.

We need to recognize that our relationship with ‘reality’ is not a two-way street, but a one-way street.

Perception is a one-way street. We take in what is ‘out there’. And, if we perceive accurately, what is ‘inside’ is a replica of what is ‘outside’.

But if we start ‘inside’ and imagine something, it is a terrible mistake to assume that what is ‘inside’ is also ‘outside’

When I turn away from this computer screen and face the window, green comes into. This green is a certain spectrum of light. The sun produces the full spectrum humans can sense. The sun bathes the tree with its light. The leaves of the tree absorb all of that spectrum except green. Thus, ONLY the green remains unabsorbed to bounce off the leaves. Some comes toward my eyes. My eyes pick that up. I experience the green-ness of the tree.

Physical reality is ‘out there’. We can experience that green-ness coming in; or we can imagine green-ness. But we cannot take green-ness from imagination and make make anything happen ‘out there’.

We need to understand that imagination of a plane crashing does NOT make it happen. Amazingly enough, that is not something we thoroughly understand at an emotional level.

The problem you are involved with results from equating inner reality (based on imagination) with outer reality which is physical.

We have been teaching in the SOAR program that it is essential to learn to distinguish – to SOLIDLY distinguish – between perception and imagination.

We call this key principle, learning to recognize it when you are going into ‘your own movie’.

When I was in high school, I did a lot of photography, some for newspapers. Occasionally I would run into something on my own, and take the photo in to the paper. At one newspaper, the Raleigh Times, the managing editor Ben Parks always wanted to know the whole story about the photo.

Some at the other newspaper, the Raleigh News and Observer, was a bit arrogant; I remember bringing in a photo, and they said ‘thanks’. I said, ‘Don’t you want to know the story?’ The editor said, ‘No, we’ll make it up.’

What you need to do to beat the flying problem is to switch from making it up to getting the real story.

Until you do that, you will continue to feel sure your life is endangered by the plane.

How do you learn to distinguish reality from imagination? It seems simply, but it can be tricky.

One exercise we teach is this: riding in a car (someone else driving), call out – out loud – everything you see, such as ‘yellow Ford Mustang, street sign, boy on bicycle, girl walking, etc.’

As long as you stay fully connected to what is coming in, you will have a continuous flow of words spoken.

But when you ‘go inside’ something different happens; you get quiet. It goes like this; you start out saying, ‘yellow Ford Mustang, street sign, boy on bicycle, girl walking, . . .’ and you get quiet as you find a girl from your past comes to mind, and a moment with her, a touch, a word, and how it was – perhaps – lost, and you wonder what it would be like to see her again.

You started out paying attention to the ‘movie’ provided by reality and you switched, triggered by the girl walking, to recall of another girl she reminded you off.

We do that kind of thing all the time. The object is not to stop doing it, but to NOTICE when we do it, and to RECOGNIZE that what we are now EXPERIENCING is NOT REALITY but imagination.

Making the mistake of equivalence between inside and outside can cause huge anxiety, even terror. When you imagine something awful happening, and assume that inner experience equals reality, you begin to suffer. You suffer from imagination mistaken for reality.