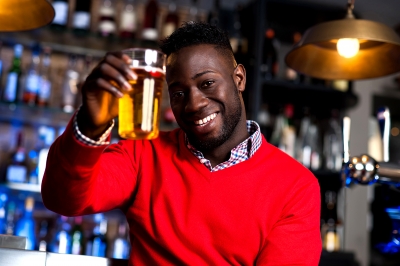 Knowing how flying works helps. It helps by limiting what you worry about to thing that actually can happen. Before learning how flying works, it is easy to worry about things that one imagines could happen, but actually can’t. Private pilots know how flying works. When they are in control, they feel very comfortable when flying. But not every private pilot feels comfortable as a passenger, in spite of all that knowledge.When the system that is supposed to regulate emotions did not develop as it should, natural regulation of anxiety is limited. Thus, we naturally turn to artificial ways to regulate emotion, such as control. We calm ourselves artificially via control of things, control of situations, and control of people. If we lose control of any of that, we become anxious.

When a pilot is flying the plane, there is a feeling of being in control that limits anxiety. But when a pilot is a passenger and cannot see that everything is being controlled properly by someone else, pilots who don’t have enough natural self-soothing built-in get anxious.

How anxious? It depends on the total number of ‘what if’ thoughts that come to mind and how densely packed they are in time.

These thoughts we call ‘what ifs’ . . . one will not be a problem, but as you get older and wiser and learn more things that can go wrong, instead of having just one ‘what if’ you have a six-pack.

This brings to mind one – I think almost cruel, and certainly crude – way of treating panic disorder. You do into the doctor’s office, and the doctor injects you will a ‘six-pack’ worth of adrenalin, and you panic. And the doctor sits there with you assuring you that that’s just ine. (Easy for the doctor to say, though it is true.)

Then you come back next week and do the same thing. Sooner or later, you realize getting shot up with a six-pack worth of adrenalin doesn’t kill you . . . unless you kill the doctor first!!!

SOAR uses a different approach, an approach similar to turning those beers into alcohol-free beverages; we train your thought processes to NOT respond to those ‘what ifs’.

Then the six-pack has, as it were, no-alcohol — no adrenalin-release potential.

So, to apply this to piloting (or driving): when you are in the cockpit and in control, no problem. When you are in the cabin and can’t see what’s going on, you get hit with a six-pack of ‘what ifs’ and that gives you a six-pack’s worth of – not alcohol – but adrenalin, which instead of making you drunk as alcohol would, makes you so highly stressed that you feel high anxiety or panic.

You may not have clearly defined ‘what ifs’ but they are there and they are causing trouble.

It is not all that unusual for pilots to be ‘control freaks’. At Pan Am, we used to joke about it, how some of the infamous captains couldn’t even sit through a landing by the copilot without suddenly shouting, ‘I’VE GOT IT’ and finishing the landing. One story even involves the captain slamming his hand on the copilot’s hand on the throttles, and breaking bones in the copilot’s fingers.

Fortunately, they are gone. Those were the captains left over from WW II when the military let any warm body through flight training. We were more than relieved when those old codgers retired.