Mistaking What is In The Mind For Reality — Part Four 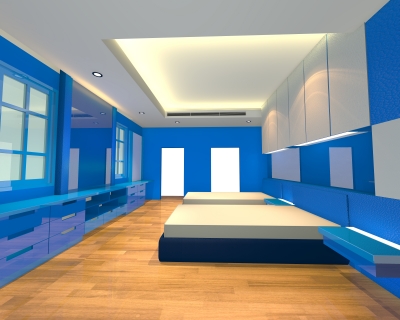 What started out as a three-part series now has a fourth part. The first three can be found in the SOAR Library or at www.fearofflyingblog.com

Part One: Psychic Equivalence
Part Two: Flashbacks
Part Three: The Missing Barrier Between Possibility And Probability
Part Four: Concretized Imagination
When Marie, my wife, was in art school, she was given the assignment to design an imaginary room, and then to decorate it. This project went on for several weeks. She made drawings of the room. She then made drawings of the room including furnishings and other decorations.

To her surprise, the room showed up in her dreams. And, in her waking hours, the imaginary room, and its furnishings and its decoration could suddenly appear. After working on many drawings, she could visualize the room, complete with furnishings. She said, ‘It was as if I could, at anytime, step into it. I could change the position of the furniture, even re-design the windows, and visualize the outcome; it had become so real!’

Though imaginary, the room no longer seemed imaginary. It had been drawn on paper. But that didn’t fully explain the feeling that the room really existed. Marie had constructed it so many times in her imagination, and in her drawings, that she could visualize the room with dimensions.The room had taken on a life of its own. It seemed to have an independent existence, so much so, that in her mind she could occupy space in it. It came to mind so easily that there was no sense, when it came to mind, of having generated it

Years ago, when I presented the SOAR Course at Fairfield University, one of the course participants told me about something he had invented. He said that long before he ever produced a physical model of his invention, he could picture it in his mind so vividly that he could imaginarily take it apart, put it together, modify various parts, and see if it worked better in its modified form.

It was as if he had ‘CAD’ — Computer Aided Design — not just seen on a computer screen as an image generated by a computer, but in his mind’s eye, generated by his mind.

I think there is a time early in the creative process when, as a person is creating an image, there is an awareness of the effort, the work, and the struggle of creating the image and of holding onto the image. But at some point, the process changes. The struggle to create and maintain the image has passed. The image just exists. It is there. It has a life of its own.

But though I thought there were three things that could cause what is in the mind to masquerade as reality, this fourth one also deserves some exploration:

If WE bring something imaginary to mind enough times, the thing imagined can become real in our experience. If a person repeatedly imagines dying in an air crash, the first time or two, the person knows it is imagination. But, as the imagination is repeated, at some point, it crosses the line; it ceases to be imagination; it becomes real.

Once it becomes — through repeated imagination — real, then it becomes an expectation. The expectation, itself, can shift into actuality. In some cases, what one comes to believe what is expected has actually happened.

And here is where the way the mind works can become really interesting. First, not everyone can, through repeated imagination, make something real. This is a talent. Not everyone has it at all, and few people have it to the degree Marie has it, or the inventor I worked with has it.

A few, the greatest artists of all time, have had that talent in the extreme sense. ‘For Michelangelo, the job of the sculptor was to free the forms that were already inside the stone. He believed that every stone had a sculpture within it, and that the work of sculpting was simply a matter of chipping away all that was not a part of the statue.’

Quote can be found here.

To Michelangelo, his imagination of a figure inside the stone became so real that it was already there. He is said to have claimed that he only carved away the marble that was covering it. The quote attributed to him is, ‘I saw the angel in the marble and carved until I set him free.’

When one has this level of talent, the ability to create imagination into an internal reality which can be mistaken for external reality, one must be a bit cautious about engaging in repetitive imagination. For if one does, it becomes difficult to discern what is real and what is not real, even to the point that in an argument about reality, the person who has engaged in repetitive imagination will tenaciously hold on to their internal creation as if it is fact.

Perhaps it will help if we give it a name. We could call it concretized imagination. Imagination normally is plastic; it becomes solid only when imagined repeatedly. It becomes as if carved in stone.

I suspect that the same talent that can cause difficulty can also cause soothing. This ability to build something in the mind so vividly that it is real is precisely the development that takes place to provide security for a young child. If an image of the child’s mother is vivid and real within the child’s mind, that image makeS the mother real to the child even when she is not physically present.

The children who psychologists regard as ‘securely attached’ are believed to have mental images of the mother which are real enough to give the child a continued feeling of the mother even when the mother is not present.

But when the mother is not so carved in stone in the child’s mind, the child may need some physical object — a ‘security blanket’ — to strengthen the sense that the mother is real, though not present.

When we are somewhat lacking in the kind of security the carved-in-stone image of a loved one can provide we need some sort of physical reminder. Because our experiences with people who are important to us take place on the earth, the earth becomes a security blanket that helps hold their images in the mind. And when flying, the physical connection the earth provides with the mother is broken, so anxiety increases.

How does anxiety lead to concretized anxiety? When a person is not ‘securely attached’, anxiety is always present, because we lack adequate reliable built-in soothing. Though anxiety is always present, we don’t notice it when our attention is diverted. But when our attention is not focused elsewhere, anxiety simply appears. Once we notice it, we want to get rid of it. It is easy to think that some thing is the cause of the anxiety. And, we need to identify that thing and get rid of it.

The quest begins to identify the cause. We consider things we believe ‘it’ might be. Once we think we have found ‘it’ (the cause of the anxiety), our focus brings ‘it’ into a lifelike image in the mind’s eye.

The feelings that result from this reaction are the usual ‘fight or flight’ response feelings, which prep the body for emergency action: rapid breathing, rapid heartbeat, sweatiness to pre-cool the body, focus on this moment, and tension in the body.. Since these are the physical sensations you get in genuine danger, since you are now getting these danger signals, one can mistakenly believe that these feelings are proof that the thing one now sees clearly in the mind’s eye is dangerous.

Now, though we started out to try to get rid of anxiety, we end up producing a high state of arousal mentally and physically.

One such thought can only take us, on a scale of zero to ten, to about a ‘two.’ But when, by obsessing to get rid of anxiety, we have made several thoughts so concretely real, we can quickly into high anxiety, or even panic.

There are three things to consider:

the Strengthening Exercise can take apart the images so that
one does not lead to another, etc;
exposing yourself to information which — with the best of
intentions — may result in obsessing which makes the problem worse.
the Erasure Exercise can weaken an image which is vivid enough to fool the
emotional control system.
Whether one is concerned about physical danger, or emotional danger, when it comes to flying, or allowing fear to stop us, perhaps we should be informed by this quote from Michelangelo on danger: ‘The greater danger for most of us lies not in setting our aim too high and falling short; but in setting our aim too low, and achieving our mark.’