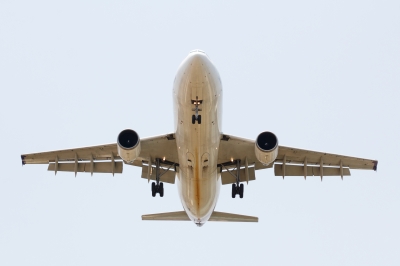 Anxiety – flight or otherwise – is about our psychological makeup. Initially, we see things in terms of good and bad, because that is the way things are for the infant. We are supposed to outgrow that; some of us never do.

How Do We Outgrow It?

There is no modulation. When things are terrible, the infant screams bloody murder! When things are delightful, the infant is all smiles. The pre-frontal cortex that will, in time, modulate bad experience does not even start to develop until eight months.

Since pleasure happens with mom (being held, smiled at, played with, nursed) it should be no surprise that the budding good-self core that experiences pleasure is connected to mom.

For the infant, when things are bad, it is total hell. The bad experiences are tied to the other budding core self, the bad-self. The bad-self is – also not surprisingly – connected to the person who seemingly makes us feel bad: bad (rejecting, punishing, hurt-causing) mom.

This are either wonderful or terrible. There are two states:

a. in the bad world: being the bad kid, connected to ones bad mom or abandoned by ones bad mom (feeling bad, terrified, alone, panic)

b. in the good world: being the good kid, connected to good mom. (feeling good, feeling oneness with mom)

That’s the way things stay until the infant develops some independent ability to calm itself. This ability comes through bridging the bad and the good. When bad things happen, the good mom magically appears to say, ‘I know it hurts, (or it scares you) but it’s is going to be O.K.’

Bad feelings – instead of staying isolated – get connected via the empathic, calm and calming mom. If mom is like that consistently, we build inside a virtual good-mom. This virtual good-mom can comfort us when our physical mom is not present.

In addition to the two states cited above, there is a new possibility. The two opposites become bridged, and combine. We suddenly realize our good mother is also our bad mother. The glowing angelic mother we love is also the Wicked With of The West we hate. Sometimes she is wonderful,, and sometimes she is terrible. We are no longer dealing two mothers (good and bad) but one who is good, bad, and everything in between.

Exit The Garden Of Eden

Some of us live life mostly within the new realization, with a yearning for the old ‘Garden of Eden’ experience in which things were total, and experience was of ‘oneness’.

Rather than merely yearn for the earlier way; we are hooked on the old way; we must have our fix of totalness. This results in serious problems of many kinds.

Some of us are in the middle. We live primarily in the new ‘bell curve’ world.

But sometimes, when we get overloaded, or have a flashback that tosses us back into the some awful feeling connected to a trauma in the past, we go back into that bad state in which we feel bad or threatened and see things as bad or threatening.

Some of us get stuck just briefly. Once we get unstuck, we can return to the ‘bell curve’ world.

That cannot be known. So then what? Settle for illusion? Just believe? If that works for you, fine. What if it doesn’t? How does one deal with the fact that there is one chance in millions that the plane will crash when one needs total safety?

In his book on astronauts and test pilots, Tom Wolfe showed us people willing to risk death in order to experience adventure, and perhaps gain status, respect, and fame.

We, I think, all have some ability to do things that have some risk in them, if we want to do the thing badly enough. But being crowded in an alumi- num tube and served peanuts or plastic food is not – itself – much of a rewarding experience. No, it is only something we do to get someplace else which, hopefully, will be rewarding.

How can we endure the risk to get the reward? Unless we can B.S. our- selves into believing it is totally safe, we have to get past the need for totalness in our psychology; we need to get past splitting.

How? Well, how does the young child get past it? Through internalizing of the good mom. So that is what we turn to in SOAR. We take the various experiences of being on the plane, and we connect each and every one of them to the kinds of feelings we once got when things were good with mom. We may, though, connect flying with a more recent source of good feelings, such as a romantic moment or holding a newborn child our- selves and own feelings of being a good mom.

We look at the rational side of the question first. Is it safe enough – rationally – to fly. That – for most of us – is a ‘no brainer’. We know it is safe enough. Sure we wish it were even safer, but it is reasonably safe. Now, what about the feelings? We have to just manage them.

When my son was five, I had to take him to the doctor for a shot. He didn’t want to go. It was a ‘no brainer’ that he had to go, at least according to my mind. But what about his feelings? They needed to be managed. How? Would I demand he just endure his feelings, or pretend to be brave? No. I would do the management; I told him as soon as we finished with the doctor, we would go directly to the toy store (just blocks away, as he knew), and he could pick out anything under a certain sum that he wanted; then we would get ice cream.

For a five year-old, two good things balances out one bad one. As he experienced the discomfort at the doctor’s office, he pictured the sequence; he pictured the reward; that balanced things; that helped him manage his feelings, just as knowing you are about to land balances yours.

What we need to do to make it possible for you to fly with feelings balanced, is to make EVERY moment of flight like the moment you know you are about to land.