Part of a Barbara Benham Article on Fear of Flying 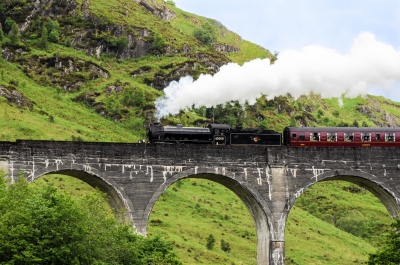 We can be sly, we fearful flyers. We come up with all kinds of tricks to stave off those jaw-clenching moments between takeoff and landing. Superstitions, pacts with the devil. We might find comfort in seeing a person of the cloth with us on our flight. Or think a celebrity on board is a good omen. The seriously anxious, and I count myself among them, find no solace in such things. Once, when Art Linkletter was on the same flight as mine, I leaned back in my seat and thought, “Great. If we crash, I can see the headline: Former TV Show Host Perishes in Aviation Disaster.” Humor, of course, is another coping mechanism.

No one knows how many people are afraid to fly. One study, published in 1982 and perhaps the most comprehensive look at aero-anxiety, puts the number at one out of three. Of this cohort, a small percentage does not fly at all. Most fearful flyers end up flying, but it can be an arduous affair. For me, the tortured experience starts with nightmares several days before a flight, borderline hyperventilation during takeoff, near paralysis during descent and landing. Everyone’s fear profile is different. Some people hate turbulence. It only fazes me when it’s extreme.

In 1999, I sought treatment. I worked with Captain Tom Bunn, a retired 747 pilot turned therapist who runs SOAR, a clinic for fearful flyers. He uses visualization exercises that promote self-soothing. You chose an image, for instance, your wedding day, the birth of a child, that makes you feel comforted and loved. Several days before you’re scheduled to fly, you start running through your expected flight from start to finish, conjuring your personal image whenever you tense up. It might sound hokey, but these visualization exercises helped me immensely, even when I cheated and didn’t do them until the night before my flight.

After 9/11, I temporarily stopped being afraid to fly. That response, part shock, part defiance, eventually faded. (Of course terrorism remains a concern for many flyers.) I resumed doing my pre-flight self-soothing exercises; flying was somewhat unsettling but relatively smooth. Then last fall, I began having nightmares about aviation disasters, even though I was not planning a trip. (And no, I do not watch ‘Lost.’) And this winter, when I had the chance to fly or take the train, I opted for the train, even though flying would have been faster and cheaper.

Uh oh. It was back. I decided to research where to turn next. It came down to two choices. If I had my druthers, I’d do both.

One reason many people don’t enjoy flying is they feel out of control, particularly when they can’t see the ground or the pilot, notes Captain Tom Bunn, SOAR’s founder and director (and the therapist I worked with in 1999). They’re not just afraid of flying itself, they’re nervous about being in an enclosed environment, about possibly feeling claustrophobic or having an anxiety attack. SOAR aims, in Bunn’s words, to “strengthen” fearful flyers, with services and products ranging from phone therapy sessions to DVD or CD sets. Clients work exclusively with Captain Bunn or Lisa Hauptner, a trained therapist who serves at SOAR’s director.

The substance of SOAR’s programs is educational and therapeutic. They go through a flight from start to finish, and include such details as the pilot’s checklist. As for the self-soothing strategies, they include visualization exercises like those I did when I worked with Captain Bunn in 1999. This winter, SOAR introduced a “fast track” program, aimed at people feeling nervous about an impending flight. Instead of waiting for a DVD set to be delivered, or for a phone appointment with either Bunn or Hauptner, clients can get an instant program by logging onto their computers.