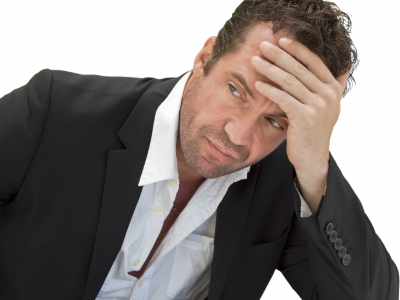 Recently, I’ve been focusing on why anxiety about turbulence can persist. Context has a lot to do with it. In a context where you feel secure, motions don’t cause anxiety. And visa versa. For example, if a toddler grabbed your leg and shook you while you were standing on the floor, it would not lead to an anxiety reaction. But if the toddler shook the leg of a stepladder while you were standing on it, anxiety about falling could easily result.

Yet, in a plane, bumps can cause anxiety. I think it is like the toddler shaking you on a stepladder. From the stepladder, you could fall; from the floor, you know you can’t.

Likewise, there is a mistaken understanding that the plane is vulnerable to falling. Two things stand in the way of getting over this. One involves two psychological terms: ‘autoplastic’ and ‘alloplastic’. Alloplastic means, when a person’s interacts with what is outside himself or herself, he or she tries to change what is outside, not what is inside.

Both kinds of change can be useful. There are things that can be changed in the world. But a person whose focus is solely on alloplastic change is inflexible. He or she insists that all the changing be done ‘out there’ – not ‘in here’.

In such a case, the outside world is allowed no influence. Reality is not allowed to influence the person. Such a person, instead of being influenced by reality, seeks to control reality and to imposes his or her version reality ON the world.

There are some things we can do to change the world, but if we ignore the characteristics of the world we are trying to change, we may be in for a rude awakening. As we see in politics, some people can’t even be rudely awakened; they steadfastly insist on their own version of reality regardless of how much obvious evidence there is to the contrary.

A recent study has shown that about thirty percent of the population holds views which are impervious to any change whatsoever.

When we look at world history, we have the example of the inflexible Napoleon, leading the most powerful army in Europe, who was devastated by a highly flexible Russian general who simply retreated, even though it mean abandoning Moscow, and allowing Napoleon to trap himself in the brutal conditions of winter in Russia, circumstances Napoleon refused to adapt to.

Though inflexibility can masquerade as strength, people who are inflexible are psychologically fragile and use inflexibility to cover it up, both to themselves and to others.

For example, though a stick of chalk may look very strong, we all know its inability to flex makes it easy to break, while a much thinner fishing rod does not break when flexed.

How does this relate to the turbulence question? I believe anxiety persists when a person has a fixed beliefs: 1. that the plane is at risk when in the air; 2. that it is at great risk falling; and 3. that up-and-down motion signals an impending plunge.

You may want to ask yourself whether you are in an autoplastic or an alloplastic mode when you are flying. Is your view of flying fixed? Or is your view adaptive enough to take in what is really happening?

I have come to believe in recent weeks as I have studied this problem that people who continue to have trouble with turbulence are so used to depending on control – or the illusion of control – to limit anxiety that this control extends to reality. And, allowing their view of things to be changed by some outside influence, involves some kind of risk of losing control.

They find it very difficult to shift from being in control and thus alloplastic, and trying to make the world their way, to going with the flow.

If you are stuck in an alloplastic mode and can’t really accept the reality the air is really substantial enough (at 500 miles per hour) to hold an airplane up, maybe you need to do something very concrete that will make it possible for you to autoplastically change your view.

Though you have intellectually understood that air becomes – to the plane – as thick as jello when flying, you are not successfully holding that context in mind when flying.

It may be that nothing short of going out and buying some jello, a small plastic model plane, and some skewers, and physically doing the jello exercise will get you past this.

Another factor involved with persistent anxiety when flying is the ‘transitional object’. Linus’ security blanket is what psychologists call a ‘transitional object’. What this means is, little kids become attached, generally to their mother, for security. When mom is not around, objects which can, in some way, help the child keep the mother’s existence real even when she is not present, help the child feel secure . . . until the child develops the ability to keep the mother’s soothing presence alive without such means.

I believe most if not all people who have trouble with flying do not have the mother’s soothing presence solidly built in, and even as adults, still need a transitional object to maintain a feeling of security. For people who are agoraphobic, the house they live in is the transitional object that reinforces the feeling that they are still connected with the presence of the mother. But also, the house is where the person has control, and can keep the rest of the world out.

One can get away with being profoundly alloplastic within ones own home; you can make home the way you want it and not have to adjust to what is outside the home.

Now, though an agoraphobic only feels secure at home, most of us have a bigger comfort zone: we can go miles from home, so long as we know we have the means to return.

But, notice that to return home on your own steam requires connection physically with the earth. It is profoundly true that the earth provides the anxious person with BOTH a transitional object AND control.

It doesn’t take much separation from the earth to remove control; if you pick up a toddler, you have removed his or her control. The child cannot run away from you when you have lifted his or her legs off the ground.

When you as a passenger are lifted off the ground, your entire psychological equilibrium is shifted; you have no control, no ability to get back home, and your security blanket – the earth – has been ripped away from you.

Because of that, even the slightest ripple of turbulence is a problem. This explains why ten times as much ‘turbulence’ in a car causes no problem; one is still in contact with the security blanket and with control.

That is part of it. Try doing the jello exercise for real. And when flying, picture – constantly – being enveloped in the atmosphere that surrounds the earth and that the speed of the plane has transformed that atmosphere into jello, and that the engines force the plane forward, cutting through the jello.

And since air naturally moves, when the plane rams into jello that has a slight movement, if the plane were going ten miles per hour, you wouldn’t notice it, but at 500 miles per hour, a bump is created . . . which means nothing.

And why you were doing that, if an airplane flew in the the SAME CLOUD at several hundred miles per hour, it you BUMP up and BUMP down . . . only because the same air in the same cloud would cause a different feeling for the passenger of the airplane versus the passenger of the hot air balloon ONLY because of speed.

Now. One more thing. When the plane, in turbulence, is going up and down, you may be making a movie in your mind that the plane is about to plummet, and you begin imagining what the plummet is going to feel like.

So, as along as the nose of the plane and the tail of the plane are anywhere never level with each other, the plane CAN NOT plummet. To plummet the nose would have to go way, way down below the tail.

So, forget about it. If you are going to worry about plummeting, wait until the nose is way below the tail. There is no relationship between turbulence and plummeting.

Turbulence is just not a problem for the plane.

If you don’t know the jello exercise, or how the Strengthening Exercise can help you replace direct connection with the earth with something even more psychologically solid, you can find this and much, much more that will help in ‘The Control of Anxiety’ at http://www.fearofflying.com/store.shtml