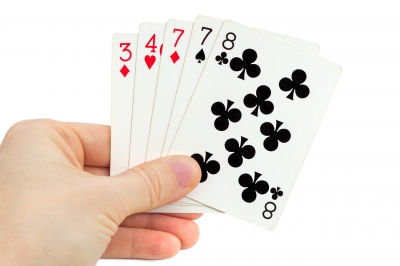 For years, I’ve gotten emails and calls from people going to Las Vegas who find they are on some unheard of airline and want me to assure them that everything is fine. I have no way – nor to do they – to know how reliable these ‘airlines’ are. But it interested me that so many people who have flight anxiety are flying to Vegas. What is the connection between anxiety problems and Vegas? I couldn’t figure it out.

What feeling do amateurs use? Possibility! Is it possible for roulette to land on red eleven times in a row. Yes! That’s what makes gambling fun. That’s also what makes amateur gamblers lose, at least in the long run.

But what about professional gamblers? They bet based on probability. That’s the only way to make a living at gambling.

What if the chances of your plane crashing are one in twenty-million? Probability – and left brain thinking – says that isn’t worth consideration.

Focusing on the chance of winning a twenty-million dollar lottery can be fun. But focusing on a one chance in twenty-million of an air crash is terrifying to gambler-style, right brain, emotional thinking.

If winning twenty million is possible (which it is) the right brain pictures it and enjoys it.

The same thinking that leads emotion-based thinkers into ‘sucker bets’ gets them into trouble with flight anxiety. If it is possible – regardless of how improbably – the right brain triggers an emotional response.