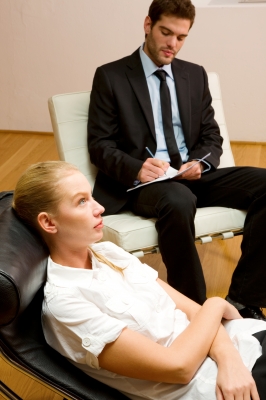 When I was studying psychoanalytic psychotherapy at the Masterson Institute, Dr. Masterson directly supervised one of my cases. When in such training, students maintain a word-for-word record of the session to present to the supervisor. After reviewing one of my sessions with a client, Dr. Masterson said, ‘Tom, I think you need to be very careful; I think you are dealing with a psychopath.’

As it turned out, Dr. Masterson was right; a few sessions later, the client did not show up. He was in jail for armed robbery. I didn’t know how to spot a psychopath, but Dr. Masterson did. Through training with him, I’ve learned to spot them also.

Most therapists do learn. We learn because it is useless to try to treat a psychopath; there is no treatment for psychopaths. They lack a vital human emotion: empathy. They are unable to experience remorse for what happens to their victims. They just do not connect with people. Not only is an attempt to treat a waste of time, it is dangerous.

After a therapist learns to recognize them, they becomes so obvious that you begin to wonder why it a person you recognize as a psychopath is not recognized by others.

It think it is because good people – people who are truly human and have empathy for other people – simply cannot understand that another person who LOOKS so much like everyone else is profoundly absent of certain essential human qualities.

Part of the problem is that psychopaths incredibly charming. Psychopaths learn to be charming so they can succeed at being manipulative, deceitful, ruthless and destructive. When therapists meet a person who is incredibly charming and charismatic, it raises a ‘red flag’. We have learned think: a. psychopath, or b. narcissist. We will get into the difference later.

Though it is obvious to myself and other therapists that some of our most respected leaders are psychopaths, I have stopped trying to point them because people who believe in them become outraged. I’ve decided it is better to teach you what to look for. It is – I think – important for everyone – not just therapists – to learn to recognize psychopaths. Why? Because some betray others for money or sex. Some take more.

Is this about fear of flying? Yes, because good people may find it hard to believe those who run an airline may not care if planes are improperly maintained, or that the pilots are fatigued. Good people find it hard to believe that anyone could be so motivated by greed that they do not care what happens to others. Well, it is not just that they are that motived by greed; they do not have the capability to care what happens to others as a result of their actions.

The business magazine, Fast Company, recently ran an article about psychopaths and how they fit in today’s ruthless corporate world.

The article is entitled: Is Your Boss a Psychopath? You can find it at: http://www.fastcompany.com/magazine/96/open_boss.html

What follows combines the main points in the article with what I have learned about psychopaths.

Psychopaths do not experience empathy. They use other people callously and remorselessly for their own ends. Charm masks their true nature as pathological liars, con artists, and heartless manipulators.

Robert Hare, from the University of British Columbia, is renowned in the field of criminal psychology. His Psychopathy Checklist is used to identify psychopaths, the one-percent of the population that isn’t burdened by conscience.

According to Hare, psychopaths are not just hit men, sex offenders, and serial killers. The business climate has become hospitable to psycho- paths in recent years. He says they cause thousands to lose their jobs, or their life’s savings with no sense of guilt or remorse.

How can we recognize psychopathic types? In addition to charm, look for glibness, a grandiose sense of self-worth such that rules are for other people. Look for lying, conning, manipulativeness, and lack of remorse or guilt. Psychopath are emotionally cold, but successful ones learn to cover it with emotional displays that are actually playacting). They are callousness and lack empathy. They do not accept responsibility for what happens to others due to their actions.

Though a psychopath CEO can be as ruthless, selfish and remorseless as a serial killer, the corporate version controls impulsiveness and physical aggression. Psychopaths who end up in jail – for other than accounting – are more impulsive, more violent and may have a socially deviant lifestyle.

Psychopaths succeed because few of us grasp that they are fundamentally different from us, and have no feelings for any harm that their actions cause us. Our failure to identify them and to understand they lack empathy – though they may feign it – makes it easy for them to manipulate us, make us believe they love us, or make us believe they are a loyal friend.

When we realize we were being conned all along, we feel betrayed and foolish. ‘People see sociopathy . . . and they don’t have a clue that it has a label or that others have encountered it,’ says Harvard psychologist Martha Stout. ‘It makes them feel crazy or alone. It goes against our intuition that a small percentage of people can be so different from the rest of us– and so evil. Good people don’t want to believe it.’

In the comics, criminal types are often drawn so as to show a grotesque quality. That is misleading; psychopaths look just like everyone else.

What about the other red flag when someone is unbelievably charming, the narcissist? Narcissists use charm to get and hold the spotlight. Like psychopaths, smart narcissists can succeed. Narcissists don’t really see other people as people but as things which may be useful.

Narcissists need others to ‘be on the same page’; that is, to see things as they see them. In business, some are visionaries who use other people as a means toward making the world – or the corporation – the way they think it should be. Like psychopaths, narcissists have little or no capability for empathy, but may be quite talented at causing others believe they care. But when you disappoint a narcissist by failing to be useful or failing to be on the same page, it is like the television show ‘You’re Fired’. Or they just turn off the charm switch, and you feel the coldness of being frozen out.

If you are interested in learning more, consider Martha Stout’s book, The Sociopath Next Door: The Ruthless Versus the Rest of Us. Or Hare’s book, ‘Without Conscience.’

The test for determining if someone is a psychopath is at this url: