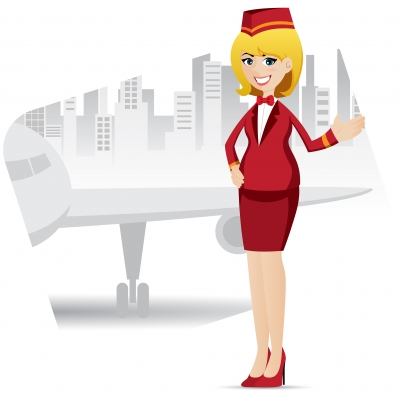 A SOAR participant sent this hoping it would help.

1. The lights don’t dim by magic or mechanical failure, the crew does it! 2. There aren’t magical buttons and gadgets to keep the plane in the air behind all those doors in the front of the cabin, they’re trash bags and the crews personal belongings. 3. When you see men loading ‘things’ at both the front and rear of the cabin, it’s beverages and snacks, and toilet paper; not special devices for flight! 4. The crew sits down and talk to each other, they’re really human! 5. The cockpit isn’t big at all! 6. The pilots known those instruments as well as I know my car instruments. 7. We’re not launched into outer-space, but can see the ground on a clear day.** more on this later. 8. Pilots and crew don’t care about turbulence and don’t grip their seats or make faces at bumps and jiggles. 9. Being on planes that stops at one destination before going on to the next (without changing planes) is a great way to see what REALLY goes on when they’re parked at the gates. (They clean, chat and get ready for the other people to board.) 10 Turning your head to look out the window does not put the plane, crew or passengers in danger, nor does it upset the balance of the aircraft. 11 Going to the bathroom does not imbalance the plane; and your bladder will thank you! 12 The conversation between flight crew and ground crew has nothing to do with danger, fear of death; it’s about them (again, they’re human). 13 The bing-bing you sometimes hear during flight is the rear crew talking on the phone to the front crew and it’s NOT about the plane about to crash, but has to do with juice, snacks and trash pickup. 14 The pilot and 1st officer go to the bathroom – although not at the same time, while the plane is in flight!! (this was a shock)

Because I was determined to pay attention to what was going on in reality instead of what I wanted to believe was going, it was the most enlightening experience I’ve ever had. I decided to look out the window and was totally shocked to see the ground, not just on take off and landing, but most of the flight. It was a total shock that I could see the ground, except for when there was cloud coverage! I’ve got to admit my perspective of 35,000 feet was WAAAAYY off. My son, husband and I had many many good laughs at my artist rendition of how far I thought the plane was from the earth and where it really is. My husband asked did I wonder if we’d see any satellites; and son asked, through hysterical laughter, if wasn’t I concerned about burning up upon re-entry into the atmosphere.

The KEY here is that although intellectually I knew we were 30,000-35,000 feet above the earth, my PERSPECTIVE due to my fear made me think that we were hundreds or thousands of miles above the earth. They had tons of jokes about this. On those rare occasion I’d glanced out of the window, saw clouds or fog, – in my fantasy, fear mode; I’d placed the plane half way between the moon and earth!! 🙂