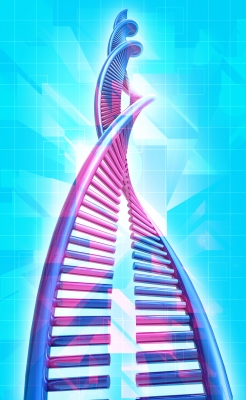 Those of you who have used the Tracking Board know that when another person on the ground keeps you in mind by tracking your flight on their computer, your knowing that is happening moment-by-moment has a calming effect. That is an example of being held – not physically which would restrict you – but mentally which allows you freedom AND soothing.

But when a parent does not give the young child the gift of being held lovingly in the parent’s mind, the young child has to choose between remaining in close physical contact with the parent and freedom to travel and be independent. If the child stays close physically, the parent is available for physical contact that provides soothing. When the child tries to travel, the distance causes anxiety because physical soothing is not near, and mental soothing is insufficient.

A person standing on the earth knows taking a step can move him or her one closer to the parent. Knowing that – even if one doesn’t do it – is soothing. If a person is driving a car, even going away from the parent, a u-turn is always possible, which can reduce the distance between the person and physical contact with the parent.

When an anxious flier takes off, leaving the ground removes all control by which he or she can reduce the distance between where he or she is and where the parent is. But at least the ground is visible; that helps. At least seeing the ground is a reminder that the means, by which the distance to the parent can be reduced, still exists. But when clouds cover the earth, all physical connection and all ability to return to the parent has been lost. And this causes the ability to regulate emotions to fail.

But sometimes a client tells me they have a sibling who was raised just the same who has no anxiety about flying. The ability to regulate emotions is not just about nurture; it is also about nature. But even more important is the recent discovery that genetics in some cases determine an outcome, but in other cases, genetics combine with events to produce the outcome.

Consider the gene 5-HTT. This gene plays a role in how much stress a person can deal with by determining the proper regulation of serotonin. Serotonin can, if properly regulated, can keep stress or trauma from causing depression. Humans carry a pair of 5-HTT genes. The gene has two versions; there is a long version and a short version. If a person as two long versions of the 5-HTT gene, the person can be exposed to considerable stress without developing problems as a result. A person who has two short versions of the 5-HTT gene is highly sensitive to stress. A person with one long and one short 5-HTT is in the middle.

But, the same three children with good parenting would all do well!

For more information on this, type 5-HTT in the window of your search engine.

SOAR can change your genetics, but we can change the effect of less than optimal parenting. Before you tell me I’m beating up on parents, let me explain that it is only in the last few years that we were able to figure out what is good and what isn’t good in parenting. What Dr. Spock told parents to do fifty years ago caused – in some cases – psychological disaster! We only know what we know today because of technology which has made brain scanning possible.

If you are a parent, or are someday going to be one, please read this book so you will know what to do and what not to do: ‘Parenting From the Inside Out’ by Daniel Siegel.