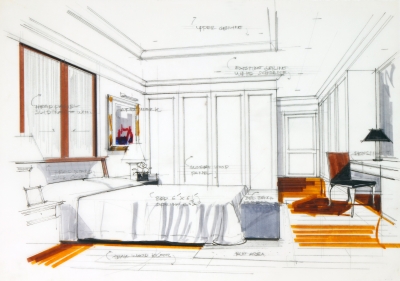 No matter how hard you search for something in the wrong place, you won’t find it. I’m saying that because, as kids, we were taught that if we worked really hard, or wished really hard, things would work out.

It ain’t necessarily so.

But I’m saying that only to introduce this idea: when you feel anxiety and want to get rid of the thing that is causing, no matter how hard you try, if you don’t try the right way, it won’t work.

In fact, you makes matters worse.

Understanding why can change your life. Stick with me; this is not simple. We all know that in a moment of terror, images of that moment stick in the mind. But most phobia doesn’t develop that way. Most phobia develops because we ‘obsess’ anxiety-producing images into instant, and vivid, and easy access in the mind.

An interior decorator told me, in order to ‘see’ a room she is working on in her mind’s eye, she has to obsess about it. What she was saying is, she couldn’t just instantly ‘see’ the room vividly enough to get a good sense of how her proposed changes would look. It took concentrated effort to build the image. The room – and each object she proposed using – had to be ‘obsessed’ on – their depth, their color, their position in the room – in order to form an image she could really get a feel for.

But, she said, once she had obsessed the room and all its furnishings into place in her mind’s eye, she then could ‘pop’ it into view instantly.

When I heard this I realized this was a key to what happens with fear of flying. To have trouble with flying, one must be able to visualize vividly – not just one but – several awful things that seem possible.

Not everyone who has the ability to visualize vividly has trouble with flying. Why not? A person who is fearful of flying can ‘pop’ a disaster into view instantly and vividly enough to cause the release of stress hormones.

What the decorator told me makes it clear that images (whether helpful to a decorator or troublesome to a fearful flier) do not just appear. Rather, for these images to be vivid and instantly available, they must be meticulously crafted – as the decorator said – ‘obsessed’ into place in the mind.

But why does one ‘obsess’ an image into the mind in the first place?

Anxiety is simply a resident condition in some individuals. It comes in part from the quality of early relationships, since it is the early relationships which teach – or fail to teach – the very young child to use the para-sympathetic nervous system (the half of the emotional control system which provides calming, sometimes called ‘down-regulation’, rather than arousal – sometimes called ‘up-regulation’; up-regulation is innate; down-regulation has to be learned).

Naturally, a person with resident anxiety will want to get rid of it. The problem is, it can’t be gotten rid of. But that doesn’t keep the person from trying. And by trying, the anxiety actually is made worse.

Why? To get rid of anxiety, it is easy to think that the thing causing the anxiety must be identified and then gotten rid of.

Keep in mind, however, there there is no ‘thing’ causing it; it is just a basic resident condition.

So, as one tries to identify the cause of the anxiety, one focuses on the things one believes might be the cause. Though it starts out as a vague possibility (a ‘what if’), as one focuses on it, one ‘obsesses’ it into a well-formed clear, vivid, lifelike image in the mind’s eye.

The images in ordinary imagination are not as clear and vivid as something you see in front of you with your eye. The emotional control system takes note of this, recognizes it as imagination, and does not react.

But the images produced by ‘obsessing’ them into clear detail in the mind’s eye do approximate something seen in front of you. The emotional control system mistakes it for real, and reacts by releasing stress hormone.

The feelings that result from this reaction are the usual ‘fight or flight’ response feelings, which prep the body for emergency action, rapid breathing, rapid heartbeat, sweatiness to pre-cool the body, time shifting to focus just on this moment, etc. Since these are the physical sensations you get in genuine danger, since you are now getting these danger ‘signals’, one can mistakenly believe that these feelings are proof that the thing one now sees clearly in the mind’s eye is dangerous.

Now, though one started out to try to get rid of anxiety, one has ended up producing a high state of arousal mentally and physically.

But, it gets worse. Remember the decorator said, once she had obsessed the room and all its furnishings into place in her mind’s eye, she then could ‘pop’ it into view instantly? Now that you have obsessed the ‘threat’ from being a vague possibility into a seemingly genuine threat to your life, you can ‘pop’ it into view instantly in the mind. Unlike the decorator who can ‘pop’ it into her mind because she wants to, this thought can ‘pop’ into your mind whether you like it or not. And when it ‘pops’, it causes ‘up-regulation.’ But one thought can only take you, on a scale of zero to ten, to about a ‘two.’ But when you have ‘obsessed’ a half-dozen or so images into instant availability, you can have one thought after another ‘pop’, and be caused emotionally to go ‘two, four, six, eight, ten’!

There are three things to consider.

One is, the Strengthening Exercise can take apart the images so that one does not lead to another, etc.

Two is, exposing yourself to information which – with the best of intentions – will result in obsessing which will make the problem worse.

Three, the Erasure Exercise can take an image which is vivid enough to fool the emotional control system and weaken it.

Most of the aviation information in the media is intended to shock. You will get neither well-informed not relieved by it. Exposing yourself to

sensationalized information can help create a phobic response. Then, by

thinking of one piece of information after another, when this is done several

times, a chain is created which, when it “replays”, causes high anxiety or

panic. This is because each item in the chain can release one shot of stress

after another, leading to high anxiety or panic.

Protect yourself. When you find you are beginning to obsess, take a 5-4-3-2-1 break.