What Does Anticipatory Anxiety Mean? 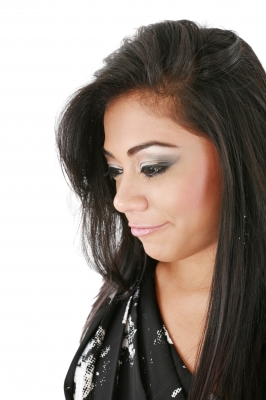 Here are some of the things people think anticipatory anxiety means.

What about these things?

So what does anticipatory anxiety mean?

Someone posted a message on the board about things going wrong on their trip; cancellations, weather, a bird strike, delays. The person wrote, ‘I asked myself if this was all a test. A way to get me to understand that planes won’t fly if they aren’t safe. That changing your itinerary is not an omen – even if it is to fly on 9/11. That even if the flight attendants are asked to remain seated that does not mean you are in any danger- it just means that they (the flight attendants) are now not in any danger from walking in the aisles.

I can’t say that I am anxiety free but I can say that I have a little better outlook on things and am able to look at things a bit more rationally than before.

I posted the following in response:

Over the weekend, I went to a major conference in New York on what some consider to be the ‘cutting edge’ of psychoanalysis.

But I have had a lot to think about. One thing was how we ‘sort’ our experiences; do we ‘sort’ everything that happens as if it – the world – is about us, or does the world ignore us, or is it something in between.

Some speakers said there is something developmentally that needs to happen at two months, something else a eight months, etc . . . and if these developments do not take place thoroughly, we don’t see things in a fully balanced way.

Obviously, people who are normal can’t understand why he would think thatway: but he thought that everything that happened, happened relative to him.

According to his reasoning, everything that happened was about him.

When we normal people become stressed, we – too – may get a bit autistic and begin to wonder whether things that happen, things we ordinarily would know are taking place completely independent of us, may be omens, or messages that we should – or should not – fly.

If not an omen, were the things that were happening happening for a reason. Perhaps they were meant to be a test, one might think. Once in a while, I heard someone say, ‘I believe everything happens for a reason.’

No. This was not that kind of test – not in the sense that some entity outthere somewhere made these maintenance problems, etc. appear in order to test you.

Nevertheless, the events that took place did present a challenge. Why? Because – for a person who is anxious – flying is a challenge. And, since, in the normal course of airline operations, there are cancellations, delays, bird strikes, 365 days a year (one of which is 9/11). Some of these thingsmay happen on your flight. If they do, it is a challenge.

Day to day living is a challenge. One way it is a challenge is this: it gives us an opportunity to find out if we can deal with things that happen without needing to believe that things are like the car that went around the cornernear my mildly autistic client.

Can we regard life’s happenings as happenings – not as ‘tea leaves’ we should read meaning into. Not as omens we should be wise enough todecipher.

It is not easy for any of us to deal with vulnerability, the knowledge that our continued existence is subject to chance.

When we consider that there is a one chance in several million of a plane crashing, we feel like we can’t deal with that . . . we need certainty.

Tom Wolfe wrote a book called ‘The Right Stuff’. It was about astronautsand test pilots who were willing to risk their lives to do certain things thatwere important to them.

Everyone has a bit of ‘The Right Stuff’. All of us are willing to take a bit ofrisk if it means we get something we want very badly. In the SOAR Courseon DVD, we want to take that little bit of ‘The Right Stuff’ you have andexpand it – not enough for you to be an astronaut or a test pilot, but -enough for you to be able to fly on an amazingly safe modern airliner incomfort and with confidence.

Granted, with certainty, there is no anxiety. But certainty is an illusion. Itis an illusion preachers and politicians sell (and they get paid well forselling it). But it is deceit. There is no certainty. If you think there is, it istime to start getting over it.

Certainty is possible only through deceit, illusion, and delusion.

The choice: to live deceived, in illusion or in delusion or to recognizethat there is no certainty and accept the anxiety the comes with the truth.

That is what ‘The Right Stuff’ is all about.

Without certainty, there is anxiety. We have trouble with anxiety. But,amazingly, some people – people who have ‘The Right Stuff’ do not sufferfrom the lack of certainty. They find life an adventure.

That is the way Helen Keller ‘saw’ it – she was blind (and deaf). Yet, shestated, ‘Life is an adventure, or it is nothing.’

Some boats have keels with heavy weights at the bottom; some boats don’t.Those with heavy weighted keels get tilted by wind, but when the wind sub-sides, the boat rights itself. But a boat without one may capsize.

Those of us who had the best of parenting when very young were whatpsychologists call ‘securely attached’ to our parents and when we went outon our own, we did so with confidence in the future, just expecting the worldto – as our parents did – respond to us.

Those of us who did not have good parenting were ‘insecurely attached’ toour parents. Our parents could not be counted on to keep us in mind and torespond to us. We find it difficult to go out on our own; in fact we find it diffi-cult to really feel safe in the world when not in the presence of someone whogives us feelings of security. We need other people physically presentbecause we didn’t have enough security ‘built in’ as children.

This weekend’s conference was about what causes insecure attachment; toa large degree, it appears to be having parents who did not seem to hold usin mind.

I remembered how the ‘Tracking Board’ has become so important . . . justhaving a total stranger track you on your flight, and knowing that that totalstranger is keeping you in mind, helps you feel more secure.

So there is something to this; not enough being kept in mind in childhoodkeeps us needing it in adulthood.

Isn’t that what we want our lover to do: to keep us in mind whether near orfar (not ‘out of sight; out of mind’ as we say).

Along with ‘insecure attachment’ comes limitations of ability to regulateemotions; one speaker after another spoke of that.

So here we are with a ‘double whammy’ . . . feelings of insecurity in general,increased by flying, . . . needing another person’s presence to feel calm,and no one with us on the flight . . . or if they are, they don’t understand. Notunderstanding is a way of not being truly ‘held’ in mind . . . you can’t ‘hold’me in mind if you don’t really know me, and to know me, you must understandme and how I feel.

And so, alone, unable to find certainty to get rid of anxiety, and without arelationship that is soothing (within or without), flying is truly a challenge.

Fortunately, you have the ‘Strengthening Exercise’. It will take care of youto the extent that the things you encounter during the flight are the things youincluded in your practice sessions.

There are plenty of challenges presented to us in day to day living withouthaving to attribute their being there to some entity putting them there to test us.

Consider again at my simi-autistic patient. He did not want to accept it that thedriver was just going fast around the corner, and probably did not even noticehim; he WANTED what happened to have meaning. Why? Because some-thing was missing inside him; he needed and wanted the world to see himas significant. And for him to feel that way, everything had to have meaning.

So, this is a test . . . and it isn’t a test. It is just the way things are. There is nomeaning in it unless we create meaning.

For me, part of the meaning I create is doing this . . . helping you find a way toopen up more of the world to yourself through flight.