What Is Flight Anxiety All About Anyway? 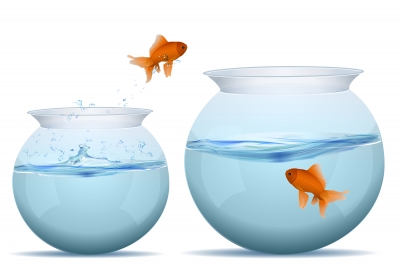 Let’s start at the very beginning. We get our ability to calm ourselves several months AFTER we are born. Calming ones self is not innate. Getting upset is. This explains why — though we all are very capable of getting upset — few of us are equally capable of calming ourselves.

Psychologists put it a bit differently. They speak up ‘upregulation’ and ‘downregulation’. We know, at birth, how to scream bloody murder; that’s upregulation at work. But it is the mom’s job to do the downregulation for several months. Some moms are better at it that others. If we luck out and get a mom who, herself, regulates her emotions nicely, she can calm us smoothly, and we learn to do it very well for ourselves. We kind of make a video inside of what mom does, and when she is not around, if we get upset, we play the internal video, pretending she is here and real, and that calms us.

We need help to make her presence real. That’s what Linus’s security blanket it all about. His mom isn’t around. He needs her calming presence. He can imagine her doing it. But it isn’t quite enough. He needs something physical. The blanket does it. It is soft, like she is. It may have her scent on it. He touches it to his cheek, as she touches her cheek to him. Adding the physical to the imaginary makes it real for him. He feels better.

By the way, the same psychological phenomenon can work against us! When we imagine the plane is in danger, if we keep it completely imaginary, we don’t run into trouble. But if we feel something — and it can be anything (it doesn’t have to match up) — it can make what we imagine real to us. For example, picturing the plane up high. We can imagine it could fall. But it isn’t falling. So we are OK. But then the smallest amount of turbulence is felt, and that makes the imagination of fall real.

But back to how the feeling of the security blanket reinforces Linus’s ability to use his imagination of his mom to calm himself.

We have — normally that is — access to the world’s biggest security blanket. We have access to the ‘ultimate security blanket’. What would that be? Well. The world. The earth. All our connections with other people are done on earth; earth, then, is strongly associated with those connections. All our ability to control things is done on the earth; those feelings of being in control depend on the earth.

So, when we get removed from the earth, we are literally — when it comes to emotions — fish out of water!

For example, have you ever had your hair ‘stand on end’ and you didn’t know why, and then you became aware of some risk. I get that with spiders in the garage when I’m looking for something. I get this shot of stress hormones and then see this think crawling near my hand.

That shot of stress hormones came as a result of the amygdala’s scanning for creepy crawly things, and wiggly-snakey things.

For some reason, flying also triggers the anxious flier’s amygdala. Could be you have a momentary fleeting image of a plane falling, or a plane coming apart, of crash photos, of people killed in a crash, of never seeing loved ones again. How many thoughts is that? Five.

Probably when you first were flying you had just one: a plane falling. If you pictured that, if the amygdala scanned that and saw it as a risk, it would give you just one shot of stress hormones that would take you (on a scale of zero to ten) from zero to two.

But now, as you have continued to fly, you have taken in — and stored — additional images of disaster, perhaps the five I listed above. So, when one comes to mind, it leads to a second, which leads to a third, etc. The first one takes you to two, the next one causes an additional release of stress hormone (thanks to the amygdala) and you go from two to four. The next takes you from four to six, etc. All the way up to panic or near panic.

Sure, there are little things you can do which give you a sense of SOME control, and that is enough to give you just a touch of relief; but it isn’t enough to really make you feel OK.

What we do is completely change what happens when the amygdala scans an incoming flying thought. We ‘coat’ the thoughts (like coated asprin doesn’t upset your stomach) with an emotion which the amygdala sees instead of the thought the emotion is coating. The emotion is one the amygdala considers calming. So it doesn’t react any more to flying, once we ‘install’ the coating.