What Revs Us Up and Calms Us Down 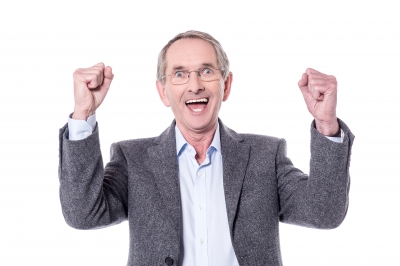 The first one, the one that revs us up, is totally mature at birth. As any parent knows, an infant can – without having to be taught how -get upset.

But the second one, the part that is supposed to counterbalance the first, is NOT mature at birth. In fact, the part of the brain that will serve to calm us down does not even physically exist at birth; it starts its physical development at around eight months.

What this means is, the operation of the part of the brain – once it develops – that counterbalances emotional upheaval, is NOT innate. If it is to operate, it must be taught to operate.

1. how well she knows how herself;

2. opportunity: she needs the time free of distractions to teach the infant;

To teach the infant, the mother needs to tune into the infant, and to feel what the infant feels, and then prove to the infant – based on her own responses to the infant’s feelings – that those feelings are OK, and even if they don’t feel OK at the moment, will pass, and things will soon be OK.

Unfortunately, psychology has not – until recently – begun to understand the obvious: that people can sense and feel what another personin their presence is feelings. When I was in grad school, we were cautioned to never tell a client that we knew what they were feeling.

Neurological research has proven that humans can and do feel what others feel. Let me tell you a true story about that. It has to do with was are now called “mirror neurons”.

On a hot summer day, a monkey sat in a laboratory waiting for researchers to return from lunch. A graduate student entered the lab with an ice cream cone in his hand. The monkey stared at him. When the student raised the cone to his lips, the monitor attached to the monkey’s brain sounded as the monkey observed the student moving the cone to his mouth.

This led the researchers to discover mirror neurons, which “fire”when a monkey sees another monkey – or a human – perform an act; the act being performed is duplicated within the animal that is merely observing.

Humans have mirror neurons that are more highly evolved than any of those found in monkeys, and form the basis for our social – and empathic – interaction. Social interaction is based on our ability to feel what another is feelings, and grasp intuitively the intention of another person.

Mirror neurons allow us to have what UCLA professor of psychiatry and author Dr. Daniel Siegel M.D. calls “mindsight”, the ability to grasp what is being experienced by another person – or monkey – not by conceptual reasoning by but direct simulation, by feeling, rather than by thinking.

Again, what does this have to do with flight anxiety? It is via mirror neurons that a young child learns to use the part of the autonomic nervous system so that it counterbalances the part of the system that revs us up. When, during early development, the mother does feel what the infant is feeling and intuitively maintains her own emotional balance so she is able to respond in a way that lets the infant know she knows what the infant is feeling, and that it is – or will soon be – alright, the infant learns to use – rather than fear – emotions.

If, instead, the mother is overwhelmed by feeling what the child is feeling, the child learns to fear feelings.

Or, if the mother simply does not feel what the child is feeling, the child learns that he or she is emotionally isolated; thus the meaning of emotions is foreign and confusing, and to feel becomes risky. Such a child tries to learn not to feel, and when forced to, as on a flight, any feelings which arise are experienced as danger.

The disconnect between feeling and meaning opens the door for imagination to produce terror. Though we can feel what another feelings, when an empathic connection is not present – or when empathic connectedness was not profound during early childhood – we lose the meaning of emotion, and uncounterbalanced imagination runs rampant. The result can be terror.

Time and again, clients have told me they experience terror imagining what it would be like to be on a plane that is plunging out of control. This is uncounterbalanced imagination, for when people actually face a life-threatening situation, the actually distress experienced is only a tiny fraction of what the anxious flyer experiences vicariously simply by imagination. This is because,

for the person who suffers from anxiety or panic, emotion is a foreign language. The emotion the rest of us experience as normal is experienced by them as terror.

Though a person who is fearful or anxious believes they understand emotions quite well, it is just the opposite that is the case. All they know is emotion means danger, and a need to escape.

That is not what emotions mean. Think of a smoke alarm in your kitchen. If it goes off, it’s meaning is “there is something unusual going on which needs to be checked out; it may be a fire, but it may be smoke from something being cooked, or steam from a kettle.

Emotions are like that. They don’t mean danger. They mean there is something going on that we need to check out. Emotions should be regarded as “user friendly”.

The goal I propose in SOAR is to learn to experience flying just as it is. To move toward that goal, it is necessary to learn to become “user friendly” with emotions. I is necessary to feel what you feel, instead of wishing you could run away from the feeling. This gives you the opportunity to find out if what you are feeling has a connection with what is real. What is the plane really doing? If there was a noise, what caused it? Ask. Find out. If there was a motion, what caused it? Ask. Find out. A flight attendant may know; if not, ask the flight attendant to ask the pilots.