When Imagination Masquerades As Reality 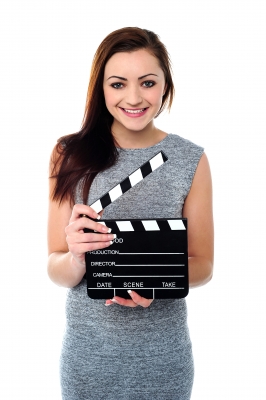 Yesterday, a client called from Hawaii. He said he was about to fly from one island to another and was having a lot of trouble. I asked him how his from from the mainland to Hawaii was. He said it was fine. I wondered why his success on the flight there wasn’t helping him with this flight.

As he began telling me about his concerns, I realized he was doing – on the ground – what I have often said people do in the air, and that is, “going into his own movie”.

But we can also leave that connection and make up, within the mind, something that masquarades as reality, but is not.

When we drive a car to the movie house, we have to stay connected with the reality of the road and the reality of other cars. But after we park and go inside, we can connect with the fantasy that Hollywood has prepared for us. We obviously know that when we go inside the theatre, what we experience there is fantasy.

That’s why I ask people to begin noticing when they are connected to what is really going on outside, and what they themselves are creating. It is amazing how difficult it is to do this. I put an exercise in the DVD course to help distinguish between the reality and your own movie. It goes like this: riding in a car, call out, out loud, the things you see, such as “red ford, license plate, road sign, white line, tree, overpass, yellow Porsche” As long as you are fully focused on reality, you will be able to call these things out. But when one of these things you see reminds your of something, because of some association, you may slip into visualizing the associated memory; if you do, you will become silent. It is the silence that tips you off that you have switched from reality to something inside.

In general, visualizing an associated thought doesn’t get you into trouble. Well, it could make you miss your exit. It could make you bump into the back on a car that stopped in front of you. . . if you were deep into concentration visualizing something.

Again, it is easy when we walk into a theatre. We know what we see there is being projected on a screen inside the theatre, and what we see outside is real.

But a person who is anxious does something different. When he or she hears a noise or feels a bump, instead of wondering “what’s that” and waiting a moment for further information, makes something up. What do they make up? Well, actually I’ve said it wrong; they don’t make up something in that moment; they made something up hours if not days or weeks before: images of crashing. The person is anxious because there is – not just a possibility – but an expectation of disaster. One flies, and as one flies, one flies with expectation. What this means is, instead of taking in what is really going on outside, the person gets on the plane expecting disaster and flies expecting disaster.

The entire flight is spent not experiencing what is happening on the plane, but what is expected within the mind, and any bump or noise changes expectation into reality . . . well, not really reality . . . but what masquerades as reality.

All it takes to stay out of terror is to move from expectation, and visualization of what is expected, to reality. In other words, to shift from “what if” to “what is”.

So, instead of speaking with him to deal with each of those “what ifs”, I just told him, “You are already in your movie. We often find people go into a movie when on the airplane, but you are in your movie already. Those things are not what is happening in reality. What is happening is, you are in Hawaii and you are feeling the sun on your skin, and the breeze blowing your hair, and the scent of flowers. That is what is real. But you are in a movie of “what ifs”, and every what if is triggering a shot of stress hormones, and that is what is reving you up.”

I told him, “It is like in the Indiana Jones movie, “Raiders of the Lost Ark”. Indiana Jones is faced with by poison darts, falling into an abyss, a den of poisonous snakes, and a giant boulder rolling at him.

Now, since we identify with Indiana Jones, when we watch the movie, we get stress hormone releases, but these releases – since we do retain a sense of this being a movie – we enjoy the excitement. Hollywood call these movies “thrillers”.

But when we, instead of identifying with the hero, are the person, . . . well, that makes it more serious. We know Indiana Jones isn’t going to get killed. How do we know that? Well, we know that about Hollywood? If he dies, no more sequels. So in Hollywood, the main character hardly ever dies.

But if it is about me, well that’s different. We know Indiana Jones is fiction. What we fail to realize is this: our “what ifs” are fiction, too. Could they really happen? Some of them could, perhaps. But the chances of them happening is incredibly small. But that isn’t good enough. We want to, since we are real and NOT fiction, we want to be sure. We want control.

But, I told my client, you are – right now – presenting yourself with a movie like “Raiders of the Lost Ark”. You are presenting yourself with one scene of disaster after another. Only instead of poison darts, an abyss, snakes and a giant boulder, it is your own particular list of items. And everyone has a different list. If the list made sense, everyone would have the same items on their list.

But, I told him, you are running your list of imaginary life-threatened items just as Raiders of the Lost Ark ran its list of darts, and abysses, and snakes, and boulders.

It is a movie. If you want to run the movie, OK. If you want relief, shift to what is. If the movie persists, use the 5-4-3-2-1 to get out of the theatre of the mind back into reality where life-threatening things rarely if ever happen.