Where Do Anxiety and Panic Come From? 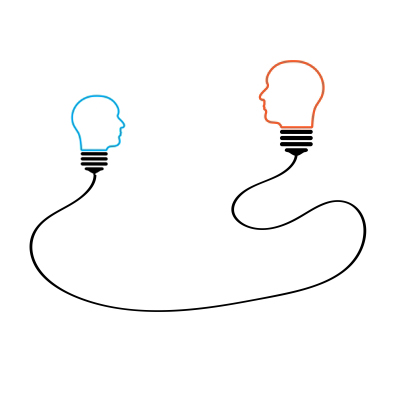 The autonomic nervous system that regulates emotions has two parts: one is totally mature at birth, and the other part only starts to physically develop at around ten months of age.

The part that is totally mature at birth is the part of the system that ‘upregulates’, that ‘revs’ you up, that makes you more aroused, more excited, or more afraid . . . but in any case, whatever the emotion, more.

The part that starts to physically develop at age ten months is the part that ‘downregulates’, that slows you down, that calms you, that lets you go to sleep at night.

Since this second part only PHYSICALLY starts to develop at ten months, it is not innate in its operation. The child must learn to make that part of the brain work.

But let’s go back. For the first year of life, it is the mother’s job to ‘upregulate’ the child, to stimulate the child, to make responsive sounds, to excite the child, AND to calm the child when the child gets overstimulated or gets upset.

The child has zero ability to do it on its own (at least in a healthy way; there is a destructive way the child can, but that is complex). So it is the mother’s job to regulate emotions.

We can easily understand how the mother ‘upregulates’ or stimulates the infant, but how does she ‘downregulate’ or calm the infant?

Essentially, it is like magic. When the child’s right prefrontal orbito cortex (the part of the brain that develops to regulate emotion) ‘lights up’ (when the brain is viewed on a PET scan) (to show the child is upset) the mother who is tuned in and who naturally (because her mother gave her this kind of response when she was an infant) will respond by having her right prefrontal orbito cortex ‘light up’ (on the PET scan).

This is cutting edge stuff. There was a lecture in New York on this.

This was simply not known just a few years ago, and even though it is now being investigated, there is a lot we don’t yet know. But this response that auto- magically calms the child is now being called ’emotional resonance.’

This emotional resonance helps the frontal cortex develop. If the child gets too upset and mom does ‘resonate’ with the child’s upset (because she is attuned, not emotionally available, not trained by her own mother, or is in a home where there is violence, or whatever that keeps it from working), instead of growing, the frontal cortex actually shrinks!!!

Shocking, but children who are not resonated with have smaller brains; part of the brain simply does not grow and these children, as adults, have life-long difficulty with anxiety and depression.

This is in part because mental stimulation is required to cause blood to flow to the regulating part of the brain so it will grow.

And it is in part because, when the mother fails to resonate, if the child continues to get more and more ‘upregulated’, finally the child cannot endure this state, and cortesols are released into the part of the brain that is supposed to provide regulation and ‘zaps’ the brain cells involved. Brain cells are actually destroyed. (This is the unhealthy way to ‘downregulate’ I mentioned earlier.)

Without suitable stimulation and calming, that part of the brain that is responsible for regulating emotion does not physically develop.

But even if there is physical development, the child still has to learn to use what is physically developed. How? By making a movie in the mind of what mom does to calm him/her. The movie can only be made if what mom does is simple, and repeated consistently . . . and works to provide calming. If mom gets upset when the child is upset, research shows – unfortunately – the child would be better off alone. But even so, for this ‘movie’ to be recorded, mom has to be consistent and effective. Then, when mom is not present and the child needs soothing, s/he remember what mom does by having this memory playback and it serves to soothe the child in the mother’s absence.

This is how mom gets ‘built in.’

So, when it is time to go to kindergarten, the child can say, ‘Don’t worry, Mom, if I get upset, I have you built inside, and I’ll just run that movie of what you do when I get upset and I’ll be fine.’

But if that building in of mom has not happened, the child could say, ‘Mom, I don’t have you built inside, so you have to go with me, because if I get upset, there is nothing I can do to calm myself.’ Here the child has the physical development of the prefrontal cortex but doesn’t know how to employ it.

It is this way: mom has to be either built INSIDE the child or has to be BESIDE the child for the child to feel secure. And because mom cannot always be beside the child, there can be little emotional grown and development unless or until mom – or someone – is built inside.

What we do in SOAR is to help adults build or rebuild something inside by connecting every moment of the flight with some soothing experience they have actually had with another person. It needs to be a person because we are wired up at birth to connect and be soothed by people.

So, each of us gets in those first two years of life, first soothing and stimulation (in the first year) and then in the second year – once the child has some internal ability to calm him/herself, prohibition.

Seventy percent of the interactions between mom and the child in the second year are to say ‘NO.’ Very different than the first year. But if the child has not developed the ability to calm him/herself, it can’t handle ‘NO.’

In fact, mothers all too frequently tell children that they are not feeling anything (that should upset them) or that what the child describes is ‘nothing’.

As a result, emotions do not become ‘user friendly’. Emotions are alien. Emotions are dangerous to have. The child comes to think of feelings as something that comes from ‘outside’ and that is threatening.

For example, let’s take something more concrete than a subjective feelings; let’s say a child has an itch, and tells mom about the feeling. Let’s also assume that the child has never experienced this before and has no word for it. And let’s say the child tries to tell the mother about this experience (which all of us call an ‘itch’.) Suppose the mom says, ‘That’s a ‘witch’ that’s causing that, something evil, and awful and invisible witch is touching you there.’

This may be an absurd example – to call an itch a witch, because since this is a concrete feelings, sooner or later the child will find out mom is nuts. But when this kind of thing happens with ‘subjective’ experience, experience which is harder to describe, and mom does not take to it well, that feeling can become alien and threatening.

And emotions which become foreign can become threatening. They seem to originate from some source that is ‘other’, not from ones own self.

Before thinking how crazy a schizophrenic is, consider this. Where do words come from? I don’t know. Do you? Don’t they just come to mind? But wait. Where do they – before they land in the mind – come from? Is the source INSIDE me or OUTSIDE me.

Really, it is kind of amazing that we all assume that words are our own. It is kind of amazing that – since we don’t know where they come from or how they are formed – that we assume they are our own and not coming from someone broadcasting them into us, or inserting them into our mind. That is what a schizophrenic does think. Someone ELSE is controlling his mind by inserting these words.

Just as a schizophrenic who ‘hears voices’ is frightened by them because the schizophrenic mistakenly believes his own words are from coming from outside him/her self, a person who has not learned to be ‘user friendly’ with emotions finds emotions threatening and frightening because s/he mistakenly believes these feelings are caused by something other than himself or herself!

They feel ‘attacked’ by feelings. They are easily overwhelmed by an amount of feelings that others would not have any problem with.

In fear of flying, people feel ‘attacked’ by feelings which are – in reality – their own feelings.

In fear of flying, people feel ‘attacked’ by feelings as if they are caused outside, when they are – in reality – caused by the person who fails to realize that fact.

A dog would not chase its own tail if it realized it was its own.

We would not fear the feelings that come when flying – or in a panic attack – if we had learned early on that feelings belong . . . that feelings are informative.

Just like an itch, feelings are supposed to be there to tell us something. An itch tells us when and where to scratch.

Fear, like an itch, tells us to ‘look out’. The German word for ‘look out’ is ‘vorsicht’ which means ‘have foresight’.

When we have fear, we are not supposed to simply have a knee- jerk reaction, but to ‘look outside’ and have some ‘foresight’ about what may be happening or what may be about to happen and use the responding ability of the mind – not just the reactive amigdyla.

Why is it so many are unable to use the responding mind instead of just reacting using the amigdyla. It is because, as very young children, we learned – incorrectly – that feelings are alien and thus dangerous.

What we need to do to change how flying feels is to assign a value to each moment of the flight experience which lets those feelings become ‘user friendly.’

We do that with the ‘Strengthening Exercise.’

That is why we succeed where others fail.